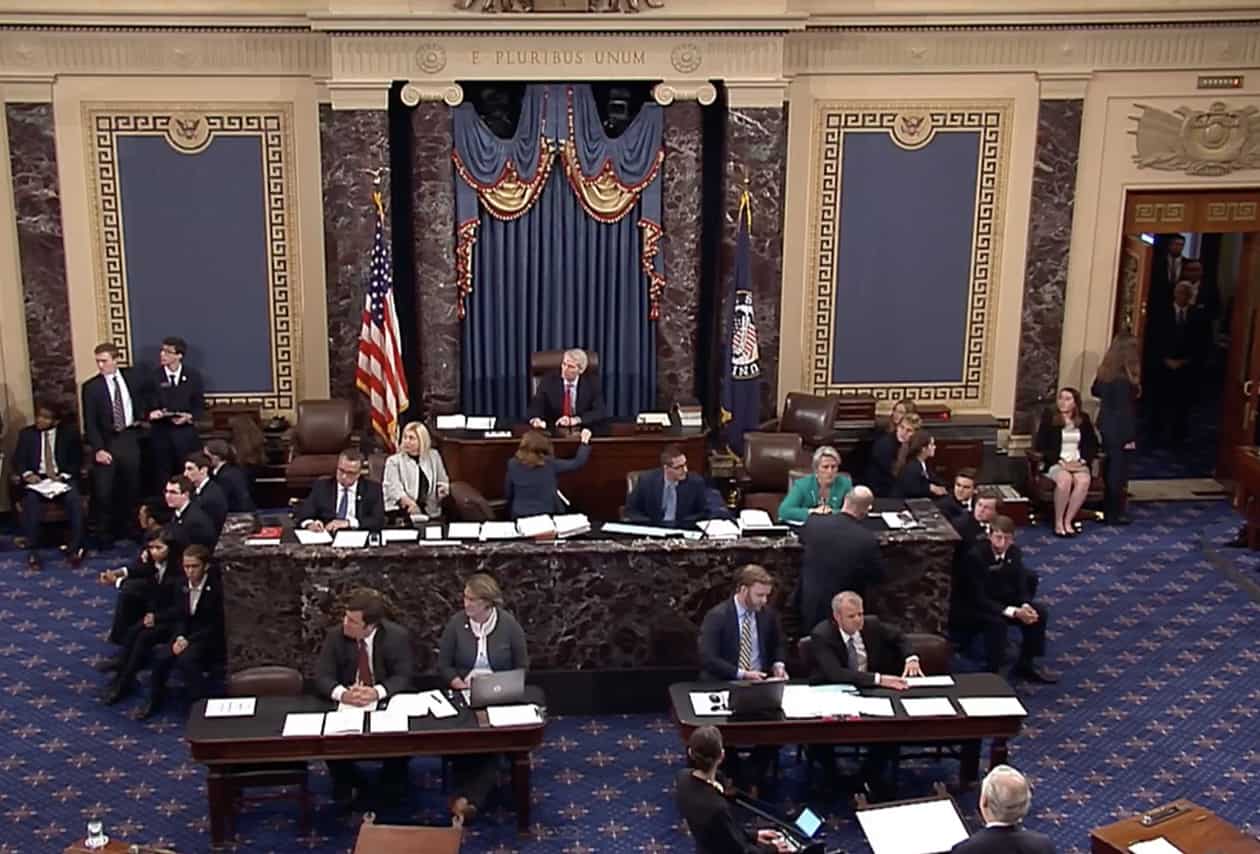 As the Senate prepared to vote on a motion to proceed with a vote on the repeal and replacement of Obamacare, cries of “shame” and “kill the bill” broke out from the viewing gallery.

The Senate approved the motion to open debate with 50 ‘aye’ votes. Senator Susan Collins (R-ME) and Lisa Murkowski (R-AK) were the only Republicans to vote “no”.

The Senate will now debate a bill which few know anything about but will likely remove healthcare from millions of Americans.

Watch the protesters cry out from the gallery: