Superman actor Henry Cavill reported yesterday that he’s getting some rest and relaxation in before the summer ends, and that his moustache continues to thrive…

But that wasn’t what interested actor Armie Hammer, who commented “nice nipples” in response to Cavill’s photograph. 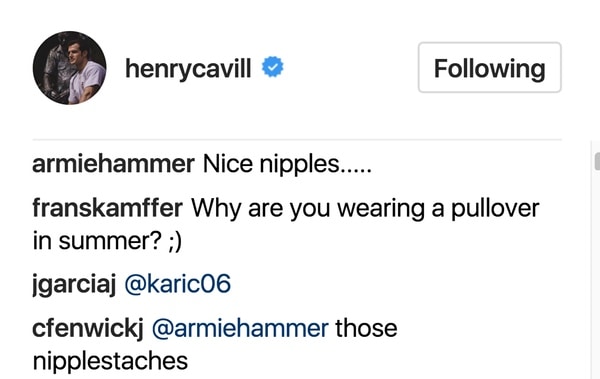 Can you blame him?

Hammer is starring in the upcoming gay drama Call Me By Your Name. Hammer plays the story’s “24-year old American scholar spending the summer of 1983 in Northern Italy, where he attracts the attention of a 17-year-old Jewish-American boy, played by Timothee Chalamet.”

Check out the trailer and a clip for that film HERE.