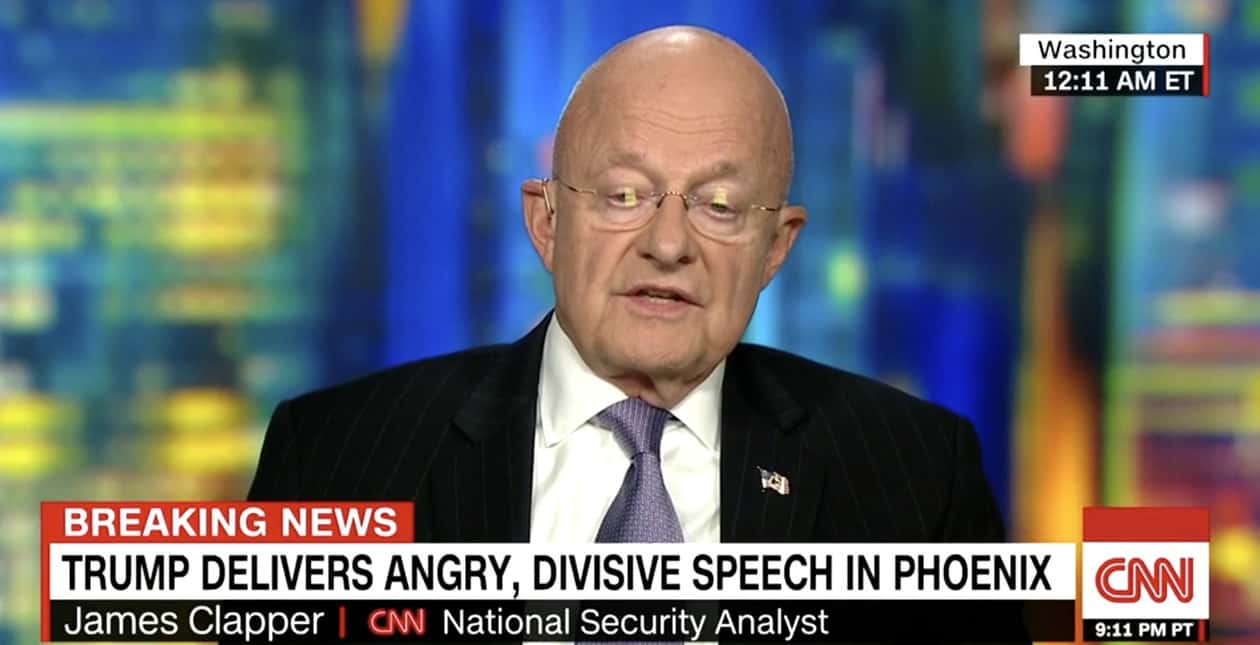 Following Trump’s divisive rally in Arizona, former Director of National Intelligence James Clapper questioned his fitness to serve as president and said he was worried about his access to the nuclear codes.

“It’s hard to know where to start. It’s just so objectionable on so many levels. You know, I toiled in one capacity or another for every president since and including John F. Kennedy through President Obama and I don’t know when I’ve listened and watched something like this from a president that I found more disturbing…Having some understanding of the levers of power that are available to a president if he chooses to exercise them, I found this downright scary and disturbing…I really question…his fitness to be in this office. I also am beginning to wonder about his motivation for it, maybe he is looking for a way out.”

“This behavior and this divisiveness, and the complete intellectual, moral and ethical void that the president of the United States exhibits. How much longer does the country have to endure this nightmare?”

Clapper said he worried about Trump’s access to nuclear codes:

“Again, having some understanding of the levers that a president can exercise, I worry about, frankly, you know, the access to nuclear codes. The whole system’s built to ensure a rapid response if necessary. So there’s very little in the way of controls over, you know, exercising a nuclear option, which is pretty damn scary.”