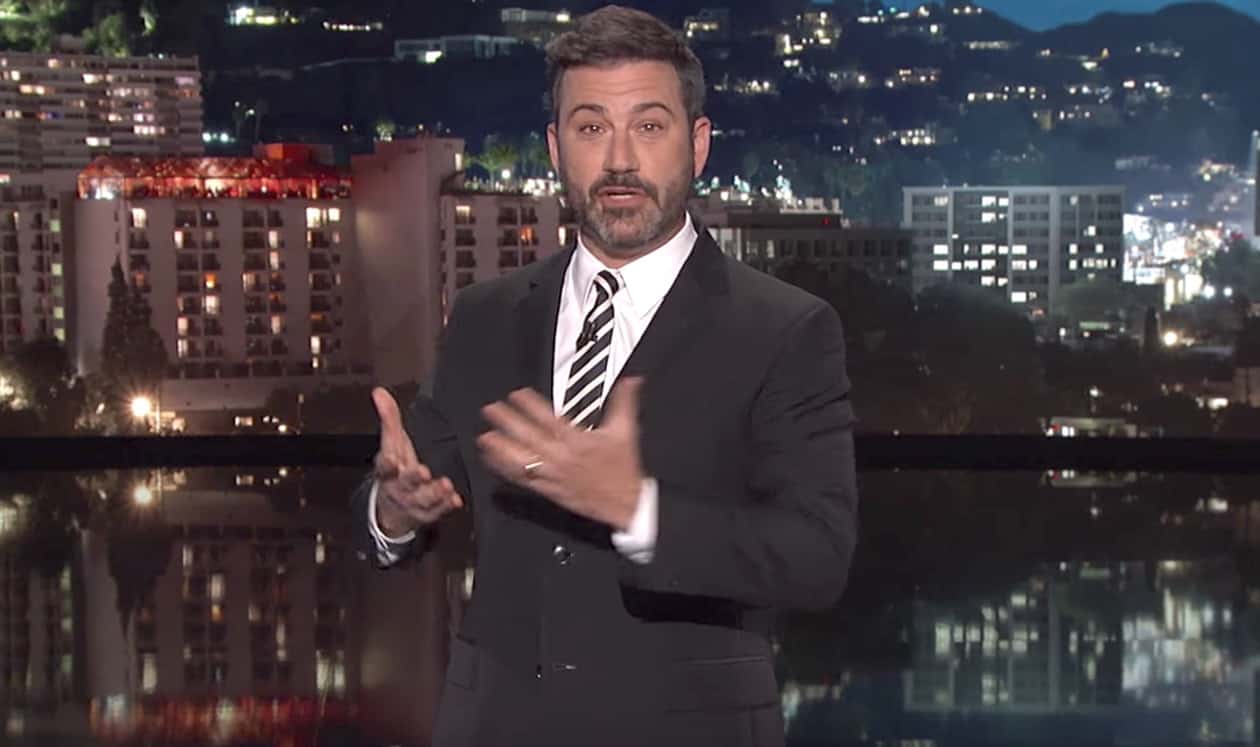 Jimmy Kimmel also reacted to Trump’s defense of neo-Nazis and white supremacists in a lengthy monologue at the top of his show on Tuesday night.

“I wouldn’t be lying if I said I would feel more comfortable if [Game of Thrones character] Cersei Lannister was running this country. I don’t know who decided it would be a good idea to send him out there to talk to reporters today, but whoever did obviously misread his state of mind and the mood in this country right now…It started as a press conference about infrastructure, and ended with our president making an angry and passionate defense of white supremacists. It was like if your book club meeting turned into a cockfight. It really was remarkable. I think I can say this with reasonable certainty, the president is completely unhinged. The wheels are off the wagon and hurtling towards the moon.”

Kimmel made a direct plea to Trump supporters:

“I want to speak to those of you who voted for Donald Trump. And first of all, I want to say I get it. I actually do. You’re unhappy with the way things were going. You wanted someone to come in and shake things up. You didn’t want business as usual. Nothing ever seems to get done. It’s always the same. These candidates make a lot of promises that go nowhere. It happens over and over again. And you’re sick of it….But the truth is deep down inside you know you made a mistake. You know you picked the wrong guy. And it isn’t getting better. It’s getting worse. Well, now he does need to go. So it’s time for especially you who voted for him to tell him to go. Please. And I’m asking you, the people who supported Donald Trump to him to step in and help for the good of this country.”

Kimmel also had a plan that we’re not sure we agree with. We’d rather have him banished forever and we certainly don’t relish the idea of Pence being in office.

“England has a Queen. She lives in a palace. Everyone makes a big deal when she shows up. She has no power at all. In the morning, they put a crown on her head and she stands there and waves, she goes back to bed. That’s it. If the Queen were to walk out on her balcony and strip off her top, nothing over there would change. The Queen could be completely bonkers – it would make no difference. She’d still be Queen, it’d still be fine. That’s what we need to do with Donald Trump. We need to set him up in castle – maybe in Florida – lead him to the top, and then lock the door to that castle.”

“Everyone can call him ‘Your Highness’ – maybe we give him a scepter – and that’s that. He can sit there watching Fox and Friends, maybe chip a few golf balls out the window of his tower. There’s no way he turns that deal down – and we need to get creative here because enough is enough. Desperate times call for desperate measures. And I’m asking you, the people who supported Donald Trump, to step in and help for the good of this country. Mike Pence is ready, he’s boring. He’s relatively sane. He looks like a friendly neighbor you would borrow a lawn mower from. Let’s get him in there before it’s too late. Let’s make America Great Britain again!”

Previous Post: « Organist Says Fear of Trump Future Made Him Paint Nazi, Anti-Gay Graffiti on Church. His Fears Have Been Realized.
Next Post: Conflict and Harmony Take Center Stage in Pink’s Stunning ‘What About Us’ Video: WATCH »