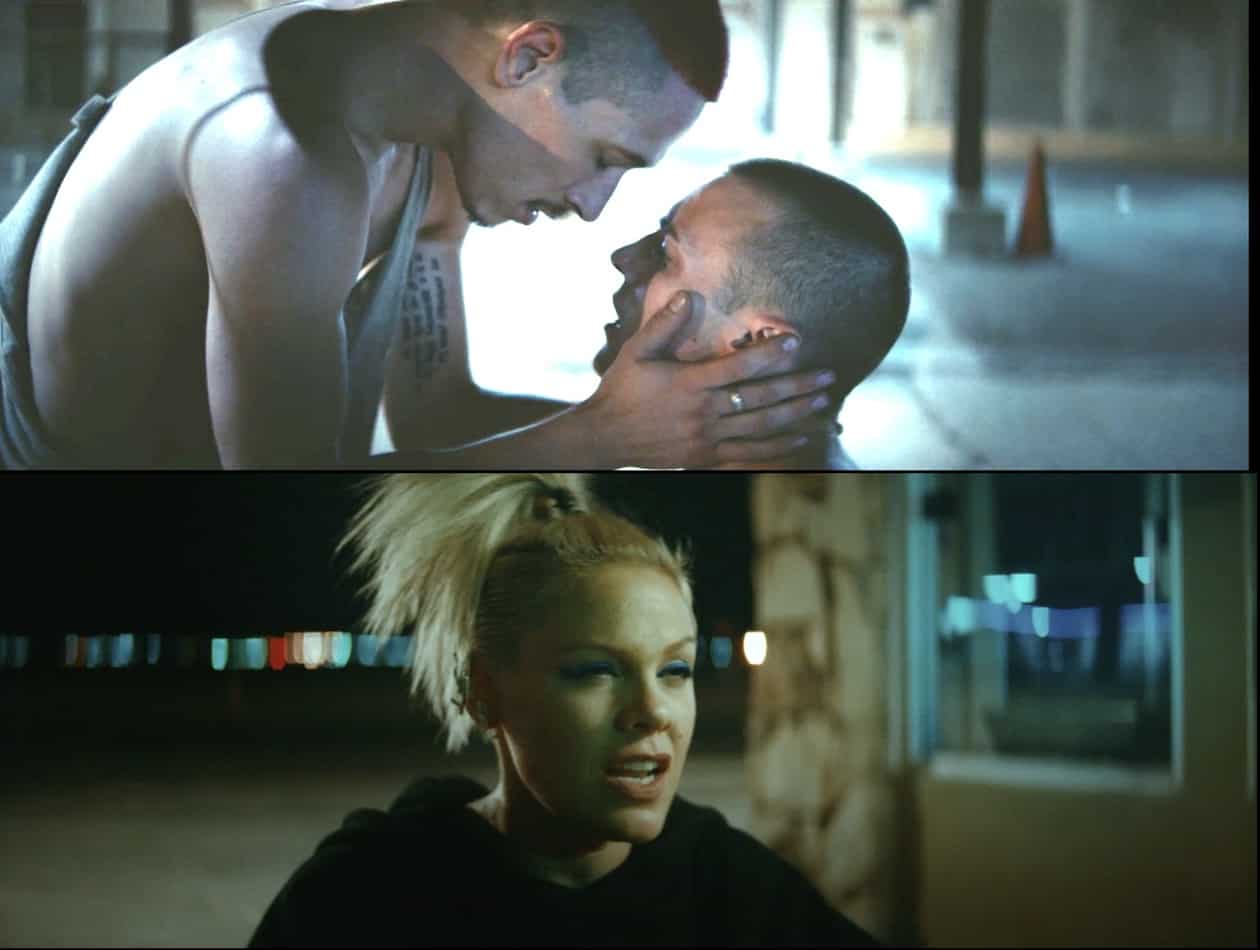 Described by Billboard as “an utterly personal-feeling plea that could be perceived as addressing anything from a turbulent relationship to the current political climate,” the video for Pink’s new single “What About Us” also takes that idea as its springboard.

Explaining what a song is about is kind of a dangerous thing for me, because it takes away the possibility of a song becoming whatever it is to somebody that listens to it. From my perspective the creation of it is about looking into yourself, interacting. It’s like alchemy, you know, you interact with the person there in the room and you — these things, these ideas come out and what the ideas are for Alecia are probably different to even the person hearing it. And that’s the beauty of her, she really allows people to receive her music the way they do. She doesn’t take it personally. Whatever way they react to it, she has a very secure sense of self and writing with someone like that is a real joy…. Alecia doesn’t hold back. Her heart is so open, her heart is giant and it makes our life as collaborators not just easier, but really joyous.

The clip was directed by Georgia Hudson and choreographed by The Goldenboyz (RJ Durell and Nick Florez).