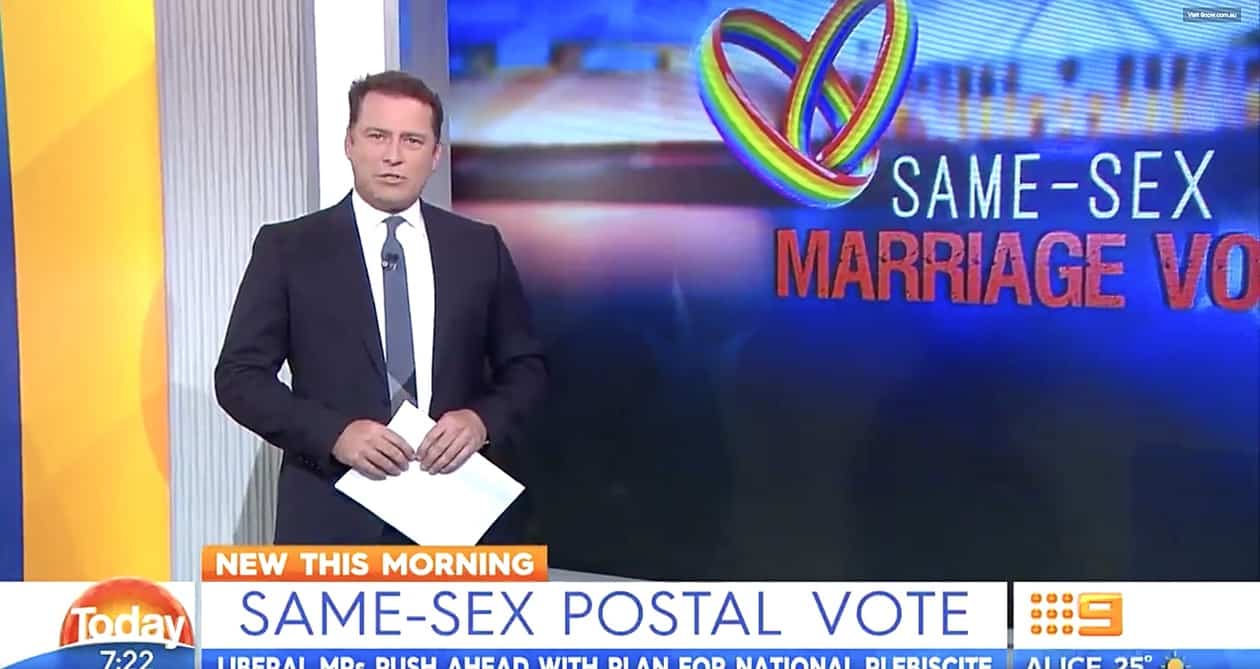 Karl Stefanovic, the host of Australia’s Today Show, has had it with all the dicking around Prime Minister Malcolm Turnbull and other “chest-beating” politicians have done on marriage equality, with the leadership’s latest plan being to hold a ‘non-binding, non-compulsory postal vote” on the issue.

Stefanovic ripped Turnbull a new one in a commentary on the show:

“A non-binding, non-compulsory postal vote is complete BS. In my opinion there have been far too many column inches, far too much airtime, far too much taxpayer time and money wasted on an issue I believe should be decided in the parliament. Why do we elect officials if not to make decisions that reflect our beliefs? So let’s get on with it. Pull your fingers out in Canberra and get on with it….Why are we stopping people from loving each other? In a world where we should be celebrating love over hate, this decision is a no brainer. Two people who want to share their lives together, love the big events as a union, and the small moments of life. Why do any of us have a right to stand in the way? This is more about the fear and naiveté of non-gay people than anything to do with a problem with gay marriage…”

"A non-binding, non-compulsory postal vote is complete BS.. Pull your fingers out in Canberra and get on with it.."- @karlstefanovic #9Today pic.twitter.com/DZOnfNZZyx

Previous Post: « Elders React to the Gay Viral Short ‘In a Heartbeat’ — WATCH
Next Post: Google Employee’s Memo Triggers Another Crisis for a Tech Industry Struggling to Diversify »