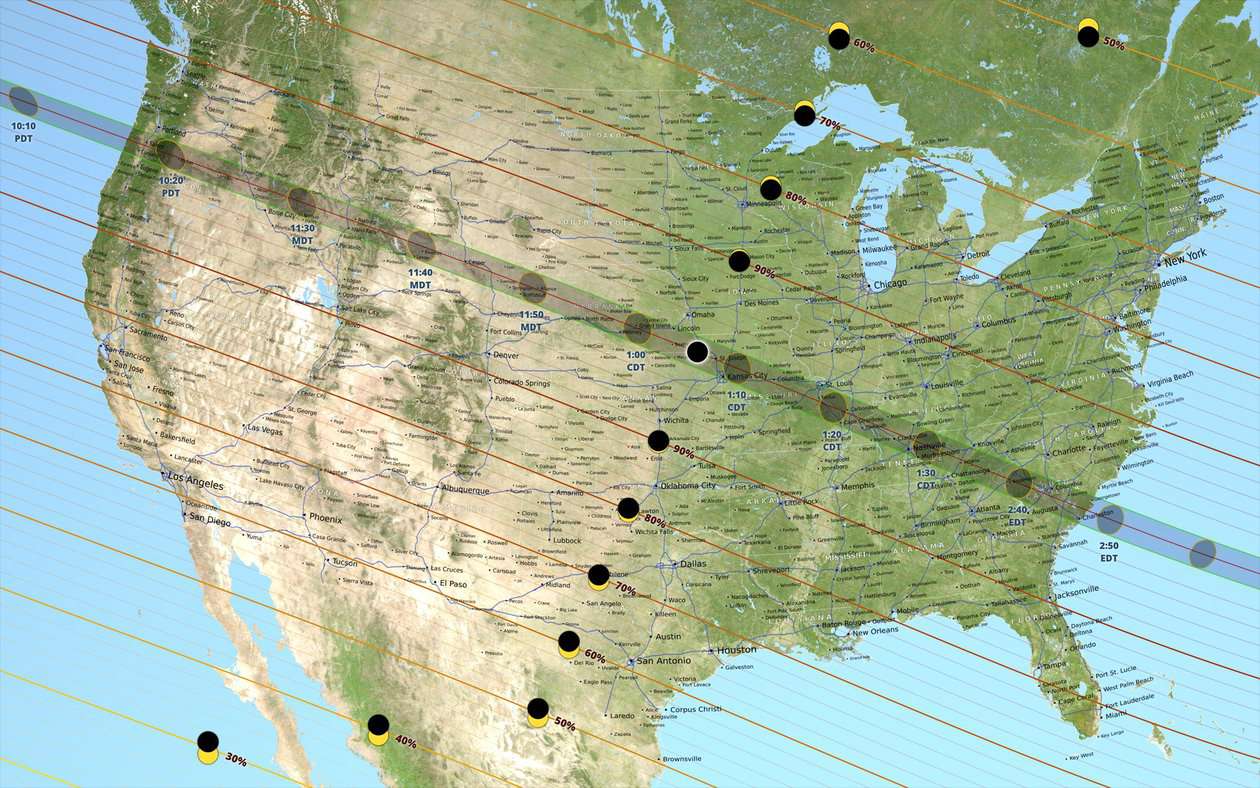 Unless you’ve been living under a rock, you’ve heard that a total solar eclipse is about to cut across the United States on Monday. Viewers in 14 states —  Oregon, Idaho, Wyoming, Montana, Iowa, Kansas, Nebraska, Missouri, Illinois, Kentucky, Tennessee, Georgia, North Carolina and South Carolina — will be able to experience the eclipse in totality as the sun is blocked out by the moon.

(top image: NASA) “This map of the United States shows the path of the Moon’s umbral shadow — the path of totality — during the total solar eclipse on August 21, 2017, as well as the obscuration (the fraction of the Sun’s area covered by the Moon) in places outside the umbral path. Features include state boundaries, major highways, and 833 place names. At 18″ × 9” (45 × 22.5 cm), the scale of the map is approximately 1:10,000,000. The umbra is shown at 10-minute intervals. Umbra shapes within U.S. time zones are labeled in local time. To read about the reason the shapes aren’t smooth ovals, go here.

Previous Post: « Customers Defend Woman from Transphobic Sales Clerk on ‘What Would You Do?’ — WATCH
Next Post: Bonnie Tyler Sings ‘Total Eclipse of the Heart’ Ahead of Today’s Celestial Event: WATCH »