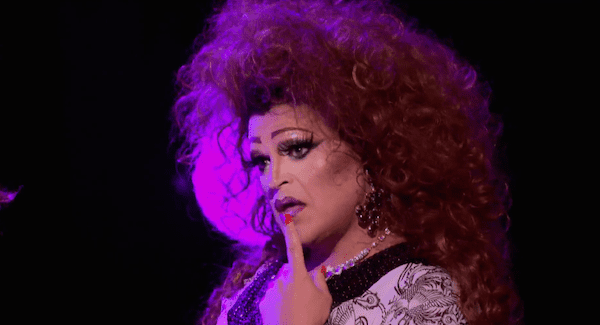 Freeform’s The Bold Type gets political Tuesday at 9 p.m. Eastern. Kat (Aisha Dee)
rushes to the airport when her love interest, queer Muslim artist Adena (Nikohl Boosheri), is detained at the airport.

Welcome to the wifey table. A new episode of #DifficultPeople, this Tuesday, only on @Hulu. pic.twitter.com/MpujfYEVyY

This week on Difficult People, Billy (Billy Eichner) joins the guy he’s seeing (played by the handsome John Cho) for a work function and find himself struggling to get along with the other work wives. Meanwhile, Julie (Julie Klausner) tries to spice up her relationship with Arthur (James Urbaniak) with a little role play. The new episode drops Tuesday on Hulu.

We’re only a couple episodes into this season of Project Runway, and things are already getting intense. On Thursday’s episode, 9 p.m. Eastern on Lifetime, the designers are tasked with creating movement-inspired pieces. Maddie Ziegler guest judges.

Relive one of the best moments of last season’s RuPaul’s Drag Race with Ruvealed Thursday at 8 p.m. Eastern on Logo. For the challenge, the remaining queens give the crew drag makeovers, including the star-making transformation into Winter Green.

Previous Post: « Watch the Entire Cast of ‘So You Think You Can Dance’ Take on RuPaul’s ‘Call Me Mother’ — VIDEO
Next Post: Houston Megachurch Pastor Joel Osteen Prepares To Open Church To Flood Victims After Being Shamed Online »