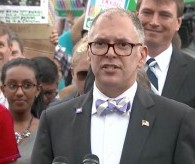 HOUSTON. Lambda Legal files lawsuit to defend Obergefell ruling: “Lambda Legal and co-counsel Morgan, Lewis & Bockius LLP filed a federal lawsuit today on behalf of three married couples against Houston Mayor Sylvester Turner and the City of Houston to preserve health coverage and other benefits for the same-sex spouses of city employees. These benefits are suddenly at risk after two taxpayers convinced the Texas Supreme Court that Texas cities could defy Obergefell v. Hodges – the United States Supreme Court case that made marriage equality the law of the land – and deny married same-sex couples the rights of marriage.” 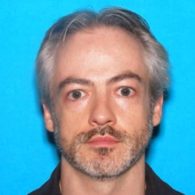 WYNDHAM LATHEM. Northwestern professor at center of murder mystery makes first appearance in California court. “Wyndham Lathem, a microbiologist, was accused with another man in a Chicago arrest warrant in the fatal stabbing of Trenton James Cornell-Duranleau. The 26-year-old hair stylist’s body was found July 27 in Lathem’s Chicago apartment. Lathem, who was being held without bail in Alameda County, surrendered in Oakland Friday after being on the run for more than a week. While details of the gruesome case have been in the headlines for days, including a bizarre donation made in the victim’s name at a Wisconsin library and a videotaped confession sent to friends, an attorney painted a different picture.” 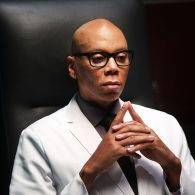 RUPAUL. Hulu picks up JJ Abrams scripted series based on RuPaul’s life: “The project, tentatively titled Queen, is a fictionalized version of RuPaul’s rise from club kid to drag queen, gay icon, and global star. Written by Power executive producer Gary Lennon, the dramedy, which had been in the works at Bad Robot for the past few months, is set in New York City during the Reagan era 1980s.”

SCIENTOLOGY AND THE AFTERMATH. Elizabeth Moss and the aftermath of Leah Remini’s award!

Imagine if he had called him the biggest faggot in the league.https://t.co/61OtbQr0RX

CUBA. U.S. diplomats hit by acoustic attack: “The two-year-old U.S. diplomatic relationship with Cuba was roiled Wednesday by what U.S. officials say was a string of bizarre incidents that left a group of American diplomats in Havana with severe hearing loss attributed to a covert sonic device. In the fall of 2016, a series of U.S. diplomats began suffering unexplained losses of hearing, according to officials with knowledge of the investigation into the case. ” 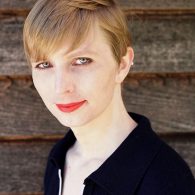 KUWAIT. 76 gay men deported this year and 22 massage parlors closed. ‘The gay men were apprehended during nationwide campaigns aimed at enforcing the law regulating massage parlours, Mohammad Al Dhufairi told the Kuwait Al Seyassah daily. The committee, made up of representatives from the Ministry of Social Affairs and Labour, the Ministry of Commerce, the Ministry of Interior, and Kuwait Municipality, pledged to forge ahead with their crackdown.’

IF YOU’RE NASTY. Janet Jackson is in shape for her new tour.

AUSTRALIA. Former PM Tony Abbott and sister’s marriage argument goes public: “Tony Abbott, former Prime Minister of Australia, Liberal MP for Warringah, tried on Wednesday to rally the vote against same-sex marriage in a forthcoming postal vote. He’s pushing attempts to get a public vote on the matter instead of a parliamentary one. Critics call it a delaying tactic. His sister, Christine Forster, Liberal councillor in Sydney, has been engaged to her same-sex partner Virginia Edwards for nearly four years and wants gay marriage across the country.”

my baby almost got attacked on stage tonight I wanna cry pic.twitter.com/pKRESY6dQT

Previous Post: « Half Of Republicans Would Support Postponing 2020 Election if Trump Says It Should Be Done
Next Post: Trump: ‘I Think I’m Doing the Military a Great Favor’ by Banning Transgender People — WATCH »