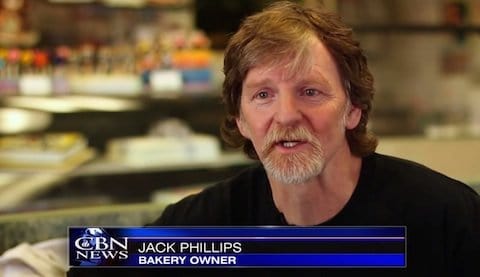 The Trump administration sided with Colorado baker Jack Phillips (above), who refused to bake a cake for a gay couple. The DOJ filed an amicus brief in Masterpiece Cakeshop v. Colorado Civil Rights Commission, now before the U.S. Supreme Court.