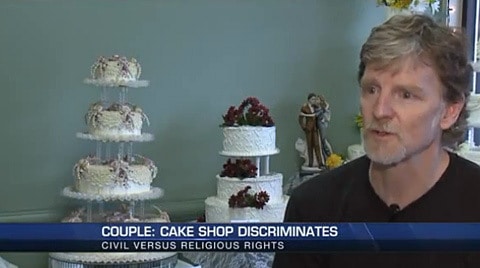 The Supreme Court has agreed to take on the case of Jack Phillips, a Denver baker, who refused to sell a wedding cake to a gay couple.

Lower courts had ruled that Jack Phillips, the owner of Masterpiece Cakeshop, had violated Colorado’s public accommodations law, which prohibits refusing service to customers based on factors such as race, sex, marital status or sexual orientation.

Here’s a 2014 interview Phillips did with the Christian Broadcasting Network, about his victimization: