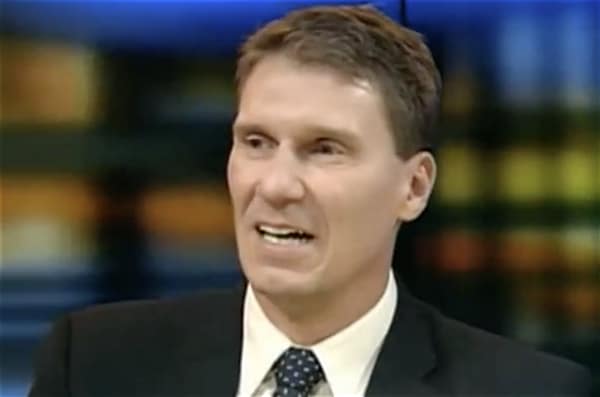 Australian Senator Cory Bernardi has launched a robocall to one million homes in Australia, warning voters of the danger that gay marriage poses to children and families.

The Equality Campaign’s executive director, Tiernan Brady, said it had “no complaint” that opponents of marriage equality were campaigning but the robocall was the latest example of a “daily campaign of red herrings and misdirection” that had nothing to do with marriage.

In the call Bernardi identifies himself and says: “As a parent I am deeply concerned about how changing the Marriage Act will affect families and children.”

“Ultimately this is a question about parents’ rights,” he says.

“Changing the Marriage Act will limit the right of parents to object to radical gay sex education and gender ideology programs from being taught in schools.

“Books like The Gender Fairy, which is aimed at four-year-olds, will become commonplace in our schools.”

“We’re going to see more programs like the controversial and misnamed [anti-bullying] Safe Schools program that teaches kids their gender is fluid and not based on biology.”

Watch Bernardi spew lies in this recent video from the anti-gay marriage campaign:

Previous Post: « Pietro Boselli Strips to His Underwear in a Public Laundromat: WATCH
Next Post: Seth Meyers is Starting to Think ‘Open Bigot and Homophobe’ Roy Moore’s Hat is Covering Up a Brain Injury: WATCH »