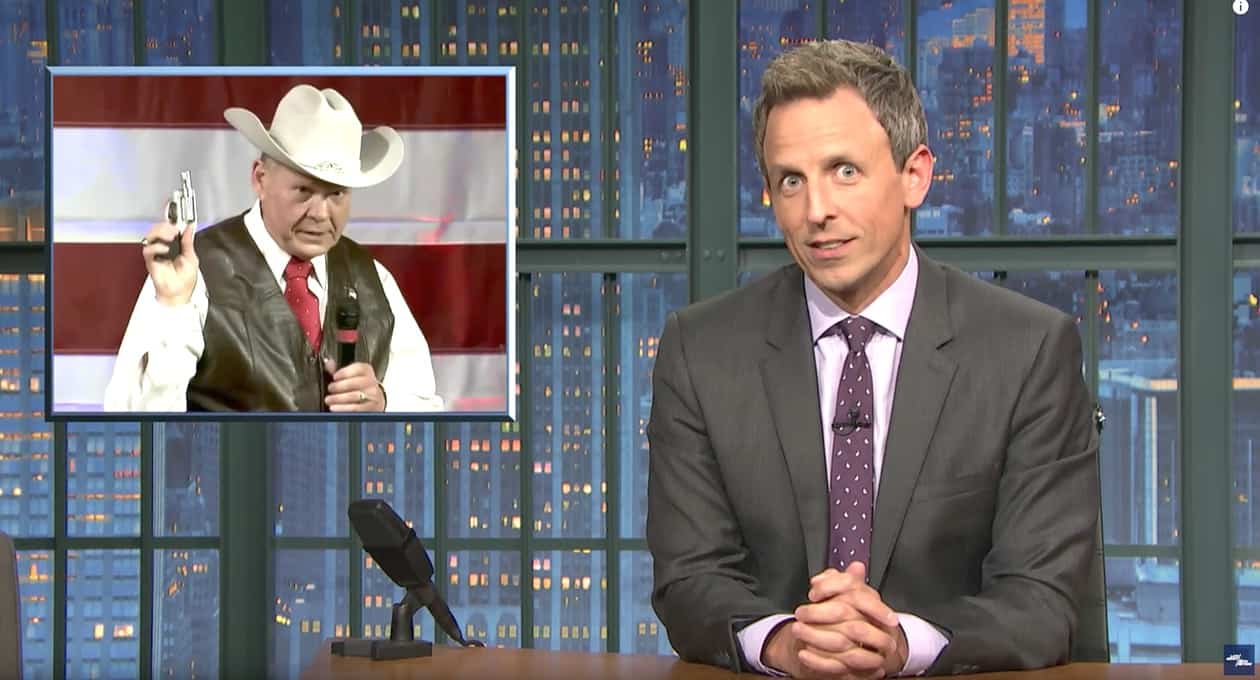 Roy Moore’s win over Luther Strange in the GOP Senate primary in Alabama was put under the microscope by Seth Meyers in last night’s A Closer Look.

“Moore is a darling of the far right known for his many years of open bigotry and homophobia,” Meyers noted. “He defied the Supreme Court decision legalizing same-sex marriage and he’s also called for a Muslim member of Congress not to be seated because of his religion and said homosexual conduct should be illegal.”

Meyers also took note of Trump’s support for Strange, and the sudden rejection of Strange once he was the loser.

“It makes sense that Trump is now enthusiastically backing Moore because Moore is very much cut from the same cloth as Donald Trump. He relies just as much on open bigotry as Trump and seems to care just as little about actual policy.”

Meyers then mocked a radio appearance by Moore in which Moore was asked about the DACA program and had no idea what it was.

Said Meyers: “I’m starting to think that hat is covering up a massive head wound.”