You are here: Home / Trump Brings Ivanka on Stage in North Dakota: ‘She Actually Asked, Daddy Can I Go with You?’ — WATCH 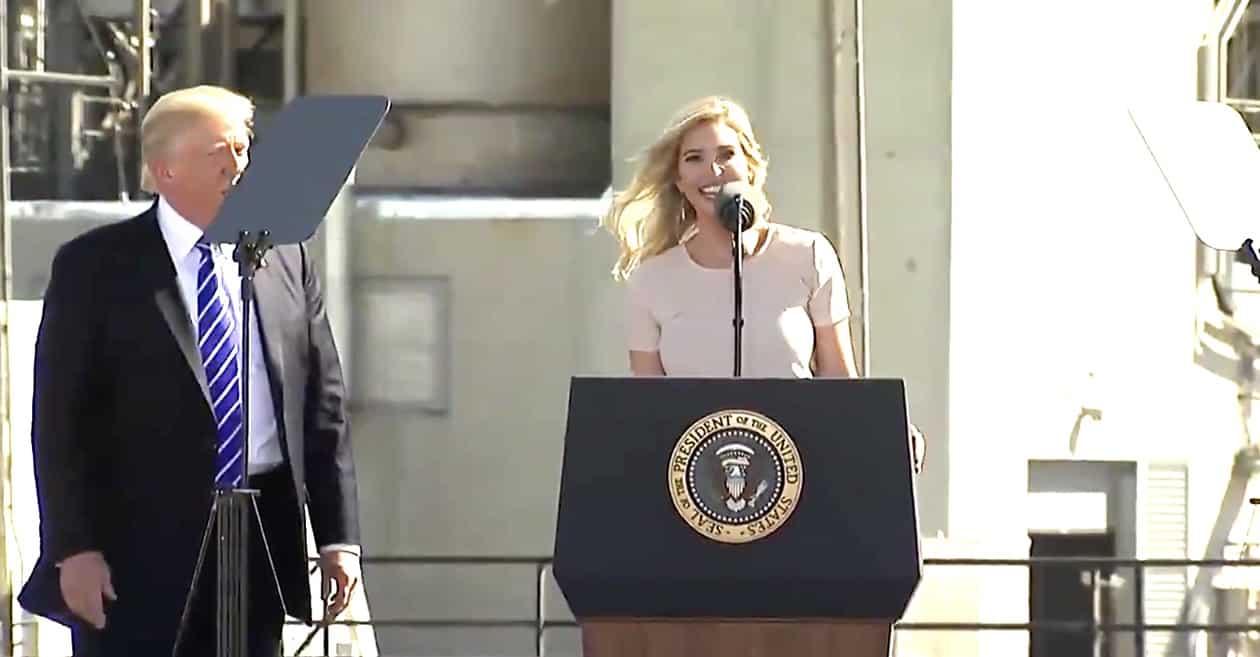 Donald Trump traveled to North Dakota on Wednesday to pitch his tax reform plan and paraded his daughter on stage for a sugary display of nonsense.

Ivanka strolled up on stage and said: “Hi North Dakota. We love this state so it’s always a pleasure to be back here. You treated us very very well in November…so we like sharing the love back. Thank you.”

President Trump brings Ivanka Trump to podium in N. Dakota: “She wanted to make the trip … She actually said, 'Daddy, can I go with you?'” pic.twitter.com/LOLACV3lfz

Lindy West delivered a devastating sermon on Ivanka in the NYT today:

Ivanka Trump is never going to come through. Coming through isn’t her function. She is more a logo than a person, a scarecrow stuffed with branding, an heiress-turned-model-turned-multimillionaire’s-wife playacting as an authority on the challenges facing working women so that she can sell more pastel sheath dresses.

All that aside, even if Ms. Trump does sincerely care about the issues she purports to, the fact remains that her father is a stubborn, intractable toddler. No one has power over him. He doesn’t want to be moderated, even by his daughter.

Also on Wednesday, reports emerged that Republican congressional leaders were “visibly annoyed” when Ivanka entered an Oval Office meeting on Hurricane Harvey, and the debt limit:

Trump later stunned GOP leadership after making a deal with Democrats to raise the debt ceiling.