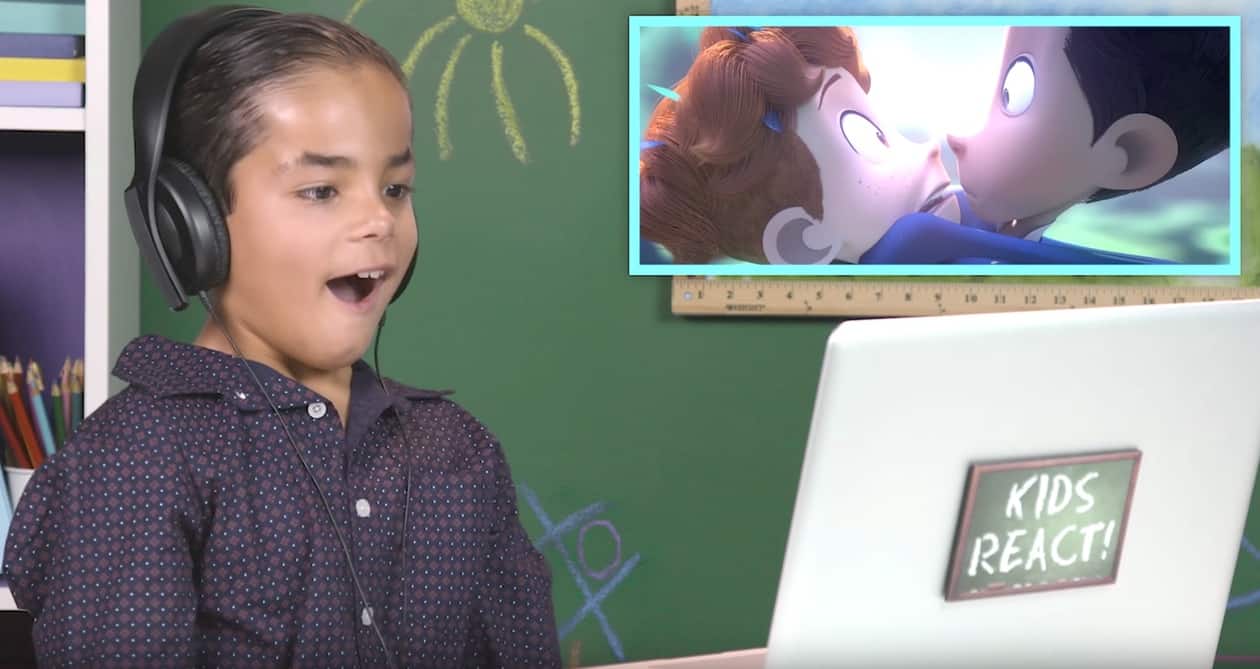 The gay animated short film In a Heartbeat, about a young boy who crushes on another boy and is outed by his own heart, is a certified viral hit – it’s already been viewed more than 29 million times.

And here’s a video, finally, of kids reacting to the saccharine cartoon.

Is there anyone left who hasn’t reacted to this video?

Previous Post: « Hurricane Irma Videos from Key West
Next Post: How the Truth Can Get Damaged in a Hurricane, Too »