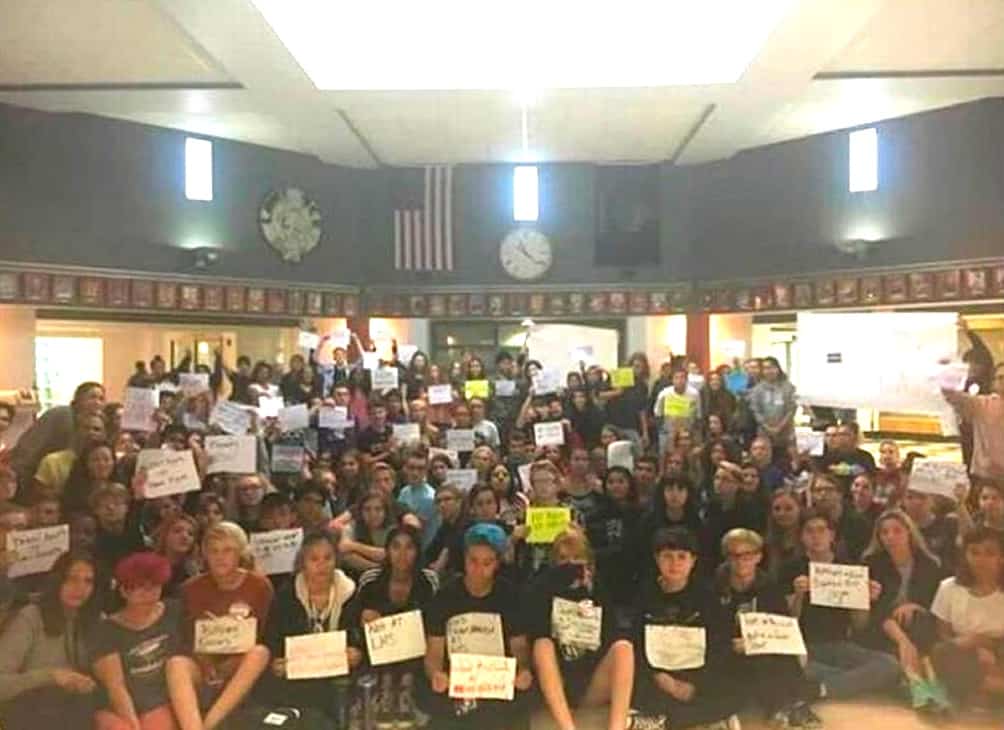 A group of students in Kansas have staged a sit-in to highlight what they called a pervasive culture of discrimination against LGBT students, particularly transgender people, at Lawrence High School (LHS). 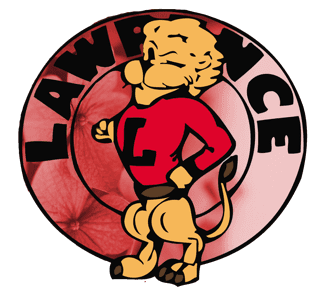 An event organizer said students talked with the school’s Assistant Principal and notified the administration that they did not intend to end the protest until at least some of their demands had been met.

LHS sophomore Elliot Bradley said he and fellow members of the school’s Total Equality Alliance organized the protest. The sit-in, he claimed, came about because of long-standing issues that recently came to a head after several students, some of them LHS football players, made offensive comments in a GroupMe text conversation.

More than 200 students were looped into the text conversation, Bradley said, which included comments likening transgender identities to mental disorders, among other things. In the conversation, one student asked, “if a (slur for transgender person) hits you is it still hitting a woman or no?” Another person insisted that the name on a person’s birth certificate determines gender once and for all, regardless of the person’s actual gender identity.

Bradley said the text messages were sent out initially on Wednesday. On Friday, he said, the football players involved in the conversation were still allowed to play in that evening’s game against Lee’s Summit West. To him, the incident sends a message that “LHS is valuing their players over their minority students.”

In a list of demands submitted to LHS administration, protesters called for those “who participated in harassing transgender students” to be held accountable, including the suspension of student athletes due to “unsportsmanlike conduct.”

Bradley pointed to the school’s “Philosophy for the Student Athlete,” which states that participation in school sports is a “privilege, not a right,” and reminds student athletes that “they represent not only the team,” but also parents, coaches, administration and the entire LHS student body, as well as the district and Lawrence community as a whole.

The protesters’ list of demands also asks that these students write an apology to those who were harassed, and also asks for “public recognition that the main group responsible” were student athletes.

Protesters also called for new administration at the school dedicated to handling discrimination issues and for a new panel to serve as “decision-makers on punishments for any future incidents of discrimination and as support for all students.”

Senior Raven Andersen-Rolland said that the protesters disbanded after some of their demands had been met. She alleged that last year, a small group of students physically and verbally attacked her and her girlfriend during an assembly. “I found out later,” she added, “that the boys were on the baseball team and they were not given a detention.”

In a statement, the district said:

“Lawrence High School’s administration has been meeting with students who staged a peaceful protest in the school rotunda today. The students’ concerns stemmed from feeling disrespected by comments other students made in an online chat room last week. Lawrence High is committed to ensuring a safe and welcoming learning environment for all students and does not tolerate discrimination or harassment of any kind.”

The district has agreed to take appropriate action “when the facts about these issues are gathered.”

Previous Post: « Jimmy Kimmel Strikes Back in Fury at Bill Cassidy, and ‘Phony Little’ FOX News ‘Creep’ Brian Kilmeade: WATCH
Next Post: Ellen Tells Megyn Kelly Why She’d Never Have Trump on Her Show: ‘As a Gay Woman’ He’s ‘Dangerous’ to Me – WATCH »