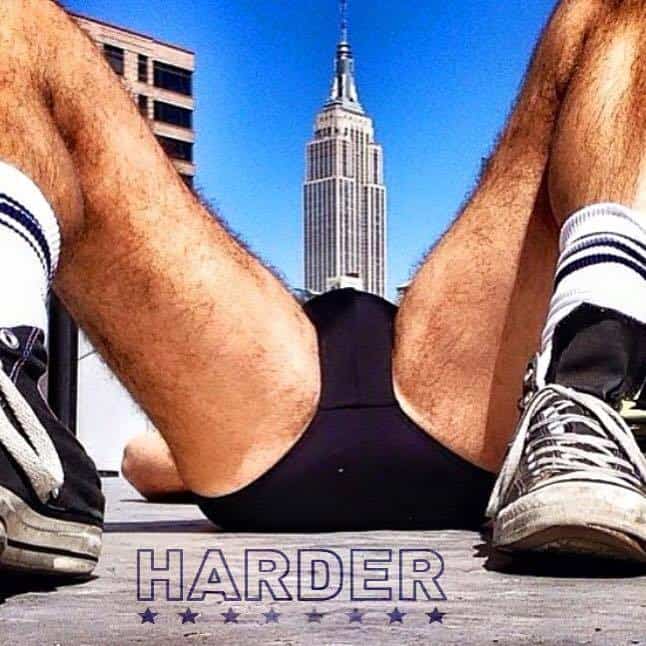 Jezebel’s Rich Juzwiak takes a long journey inside the New York gay sex party scene and the history of such gatherings in the city, observing whether PrEP has changed attitudes toward promiscuity or just brought them out into the open at parties like Harder Golden Boys University, and American Whorer Party.

Juzwiak describes in vivid detail how he dropped his inhibitions at the latter and navigated it with his boyfriend (read the piece), concluding:

I found that there is an electric, immense thrill to being in a room with a bunch of horny dudes when you know you could do just about whatever with any of them. The collective energy all focused on pleasure creates a palpable singularity, a carnal brotherhood that is a force beyond the sum of its parts. But, fastened into my own head as I almost always am in public spaces, I soon began to wonder what the point was of having all of these brief encounters with guys that I might not have any interest in if I could actually, you know, see them.

I would like to say that gay men have carved out a utopia for themselves in these spaces, it’s not quite the case. I do believe that some guys navigate these spaces purely for fun and leisure, without negative effects on their mental and physical health.

Juzwiak talks with the party promoters (who now push them on Facebook rather than the back of local gay rags), the attendees, and the acting deputy commissioner of disease control at New York City’s Department of Health and Mental Health, who talked about the changing policing of the parties:

“For many people who have historically linked disease with their sex lives, they have now unlinked disease from their sex lives,” said Dr. Demetre Daskalakis, the acting deputy commissioner of disease control at New York City’s Department of Health and Mental Health, by phone. “It’s not even a question of public health. I think it’s human nature that if you have a pleasurable activity that was associated with a bad outcome, and you’re making that bad outcome nearly impossible, then all of the sudden that activity looks better.”

…The Department’s policy has evolved. Its current attitude toward sex parties seems way more in tune with the realities of how actually prevent disease transmission. “We’re not designed to be a surveillance machine for venues,” the DOHMH’s Dr. Demetre Daskalakis told me. Instead of witch-hunting, the Health Department’s emphasis is on making sure “New Yorkers are equipped with ways to keep themselves healthy however they want to pursue their own pleasure,” venue notwithstanding.

Pharmaceuticals have catalyzed a revolution, to be sure:

Public gay sex in New York, too, never really went away, even during the plague years of the AIDS epidemic—it just got pushed into gym steam rooms and the odd bar back room. Sex parties targeted at men who have sex with men, though, tell a story about gay history and its present: In 2017, men who have sex with men are f**king in a new age of liberation. These parties are remarkable expressions of sexual security within a population of men that, for decades, had reason to feel insecure—if not terrified—of sex.