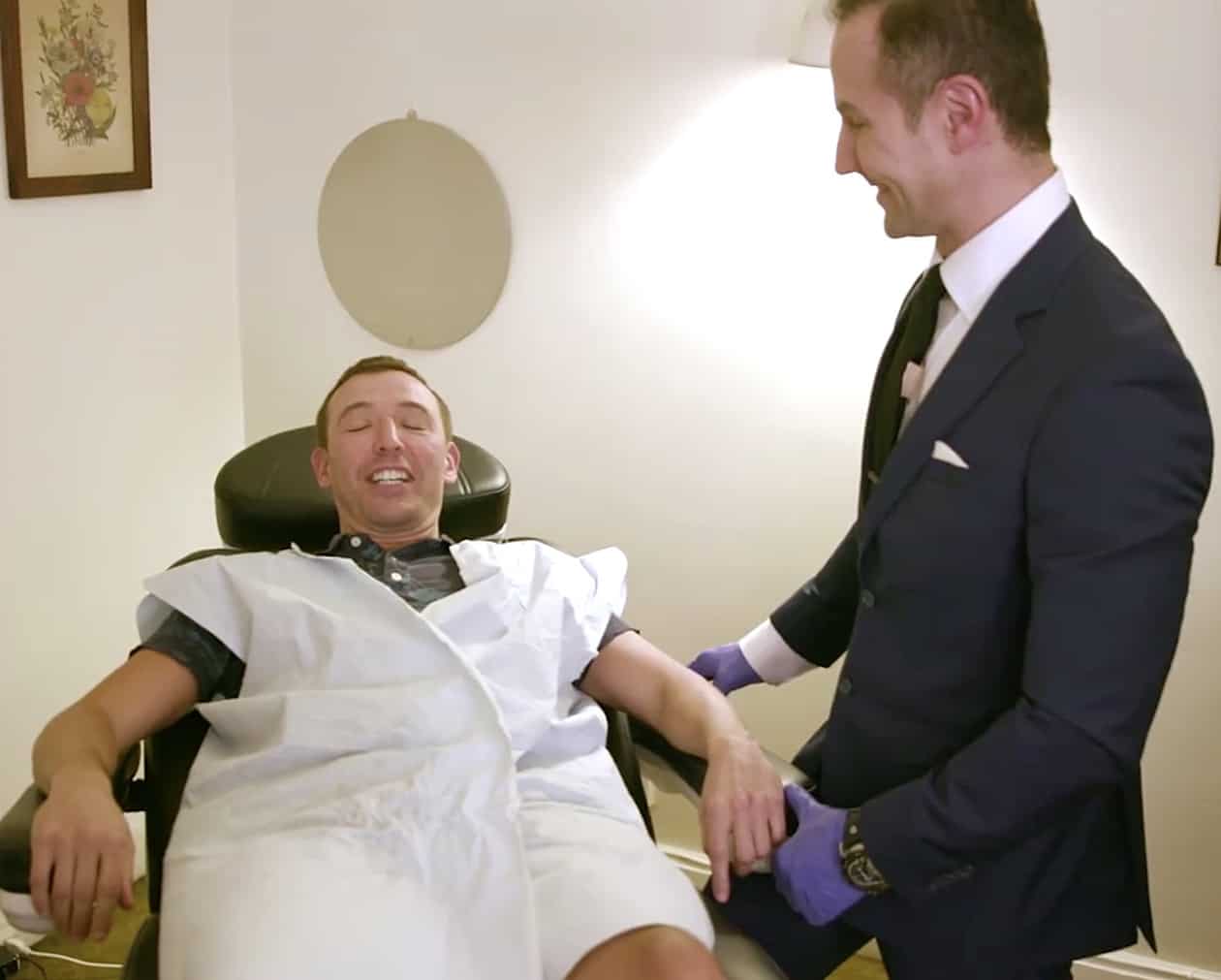 Some men are getting botox injected into their junk to smooth out wrinkles and make them hang lower.

The procedure, informally known as “scrotox”, makes the balls extend and improves some people’s sex life according to Dr. John Mesa, who performed the procedure on Grant Stoddard, a TONIC reporter.

“Basically it is about aesthetics. [Men who have the procedure] want their scrotum to be a little bit smoother, they want the testicles to be more descended, and to look bigger, but not bigger, like longer. I describe that to have like a ‘bulldog testicles’ look. A number of patients have complained that when they’re having sexual relationships that the scrotum becomes really tight and the testicles kind of hide inside the body so they fell kind of ashamed…so when they get the scrotox, it looks looser and bigger, so they feel more manly and that increases their sex drive.”

There are plenty of reasons for your balls to behave the way they do naturally – to extend and retract at different temperatures to optimize sperm production and protect them from trauma during exercise – as Stoddard explains over on Tonic – but people still apparently want to have the procedure,

Watch (may not be the best thing to watch at work):

“Despite having suggested Scrotox as a joke and regretting it before, during, and after the procedure, I have to say that I love my bolder, bigger-seeming, free-swinging, loosey-goosey balls. I like the way they look, feel, and the new dimension they lend to sex. When the botox wears off and my balls begin to tighten once more, I may even decide to visit Mesa once again….though I probably won’t arrange a date later that evening.”

Previous Post: « Texas ‘Dairy Queen’ Refused to Serve Couple Because They are Gay: VIDEO
Next Post: Australian PM Urges ‘Yes’ Vote on Gay Marriage: ‘Lack of Commitment’ Is the Only Threat to Marriage »