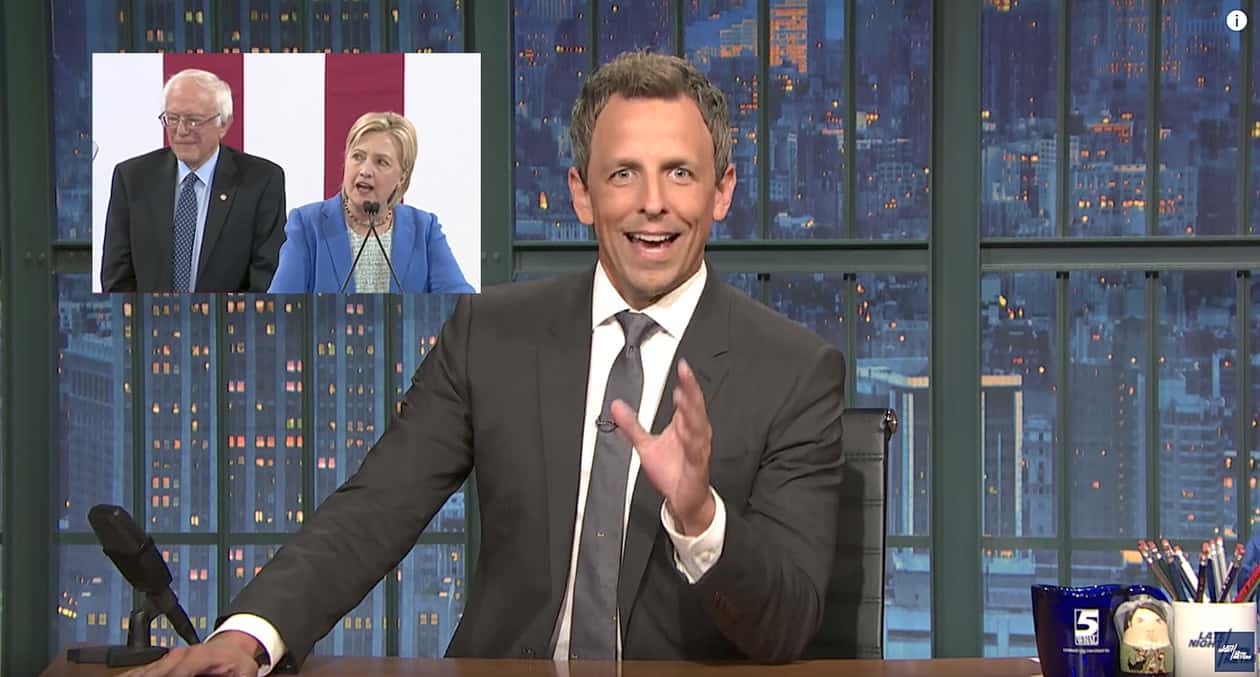 Seth Meyers told Hillary Clinton to stop blaming Bernie Sanders for her election loss in his recurring segment “Hey!” on Wednesday night. Clinton writes in her new book What Happened that Sanders paved the way for Trump’s attacks on her.

“Hillary Clinton, don’t blame Bernie because Donald Trump called you names,” said Meyers. “I promise you he was gonna do that anyway. It’s not like Trump watched Bernie at the debates and thought, ‘criticizing Hillary? That just might work.'”

Meyers also pointed out that Trump didn’t need Bernie’s permission to be an a**hole:

“A**holes don’t ask for permission. That’s what makes them a**holes.”

Meyers also scolds Clinton for wasting pages on Bernie because Bernie’s not going to pay $17.99 for a book: “That’s like four and a half chicken noodle soups.”

Meyers also pointed out that Clinton won the election by 3 million votes, so there’s no point in blaming Bernie for the loss: “If you want to blame something ancient, blame the Electoral College. We shouldn’t be running the most important elections on earth on a system designed over 200 years ago to appease slave-owners.”

Meyer concluded by pointing out there are more important things to be concerned with right now:

“We are living through a very dark time in America, but there is also an unprecedented opportunity to bring Democrats and liberals together in a stand against the hate and incompetence in Washington. The best way to do this is to get the people who voted for you and the people who voted for Bernie on the same page. This isn’t the time to complain because Senator Woodstock didn’t roll over for you. If anything, he helped make you a better candidate — the candidate who beat Donald Trump by three million votes.”