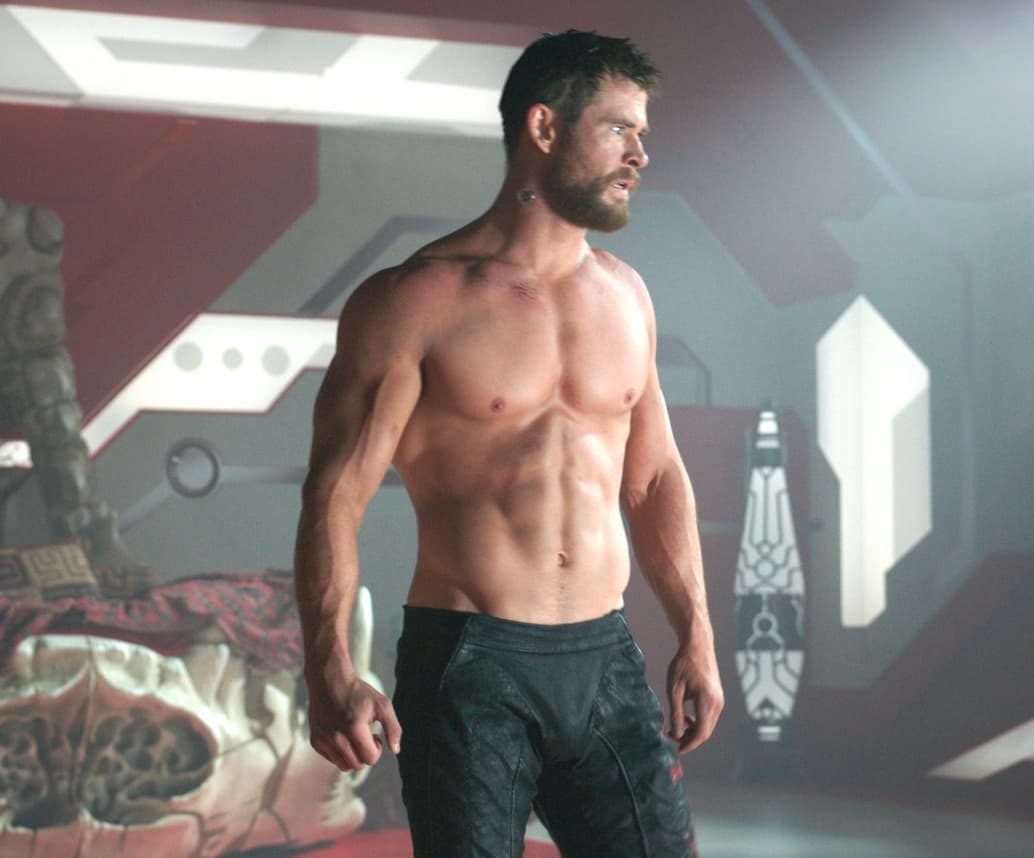 It’s a big promise, but now it’s out there.

Chris Hemsworth and Thor: Ragnarok director Taika Waititi gave an interview to Yahoo Entertainment’s Kevin Polowy in which they were asked if the hulking Australian actor had it in his contract to remove the shirt.

But Hemsworth said he was relieved there was no shirtless scene in the Thor: Ragnarok script, until he spoke with Waititi.

“I said Chris you have to take your shirt off,” explained Waititi. “Do you want bums on seats?”

Joked Waititi: “I would say that on the DVD you can expect an extra DVD of just that. An entire disk. Four hours of him – slow motion, black and white, black and chrome, full color…”

Incidentally, most reviews that have come out about the film note how funny it is.

There’s only one problem with the film being so funny and such a spectacle, though: The laughter and grandeur overshadows almost everything else. Ragnarok is missing the emotional core that has elevated many other Marvel films. The jokes and set pieces come at you so often that there’s barely a moment for you to feel anything else. Luckily—and unlike so many other films that try the same thing—Thor: Ragnarok is so good it manages to work anyway.