STEVE BANNON. It’s the “end of everything” if Trump supports gun control: ‘When asked whether Trump’s base would react worse to this than they would if he supported an immigration amnesty bill, Bannon replied: “as hard as it is to believe actually worse.”‘

NO WAY TO PREVENT THIS. Onion post goes viral. “In the hours following a violent rampage in Las Vegas in which a lone attacker killed more than 50 individuals and seriously injured 400 others, citizens living in the only country where this kind of mass killing routinely occurs reportedly concluded Monday that there was no way to prevent the massacre from taking place.”

‘No Way To Prevent This,’ Says Only Nation Where This Regularly Happens https://t.co/LMg4mj6LFn pic.twitter.com/FZuB4iWFOi

JASON ALDEAN. “This world is becoming the kind of place i am afraid to raise my children in. At the end of the day we arent Democrats or Republicans, Whites or Blacks, Men or Women. We are all humans and we are all Americans and its time to start acting like it and stand together as ONE!”

CASTING. Jared Leto to star in Hugh Hefner biopic: “The project is in early development with Ratner’s RatPac Entertainment. The director-producer has been set on helming the movie since 2007, when it was initially set up at Universal Pictures and Imagine Entertainment. Robert Downey Jr. had once been attached to play Hef.”

WARREN BUFFETT. On investing and the Trump tax plan: “Right now we’re sitting and watching because within three months, actually less than that, we’ll know the answer on it,” he added. “I would feel kind of silly if I realized $1 billion worth of gains and paid $350 million in tax on it if I just waited a few months and would have paid $250 million.”

I KNEW YOU WERE GAY. Homophobes’ new response to people coming out of the closet: ‘This is a tactic to insult and demean gay people when they come out by saying they already knew they were gay. The underlying message is that these gay people fit stereotypes so badly that they didn’t actually have to “come out.” It’s the latest incarnation of the nonsensical argument that “I didn’t come out as straight, so keep your mouth shut, gay dude.”’ 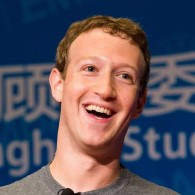 FACEBOOK, GOOGLE. Companies may have to reveal deepest secrets in Russia probe: “As the probes unfold into social media’s role in spreading misinformation, U.S. lawmakers are beginning to show an interest in the mechanics of everything from how Facebook weights news items to how Google ranks search results. The questions, which echo European regulators’ interventionist approach to technology, are a stark change for Silicon Valley companies accustomed to deference from U.S. officials on how they run their operations. Ads seen by 10 million people…

LOGICAL FAMILY. Tales of the City author Armistead Maupin talks about his new memoir. “How could I have guessed then that the thing I feared most in myself would one day be the source of my greatest joy, the inspiration for my life’s work?”

SEPTEMBER. What happens when your roommate plays it for you every day of the month.

EGG TRICK OF THE DAY. We’d like him to make us an omelette.

ELLEN DEGENERES. Spreading hope in the wake of the Las Vegas massacre.