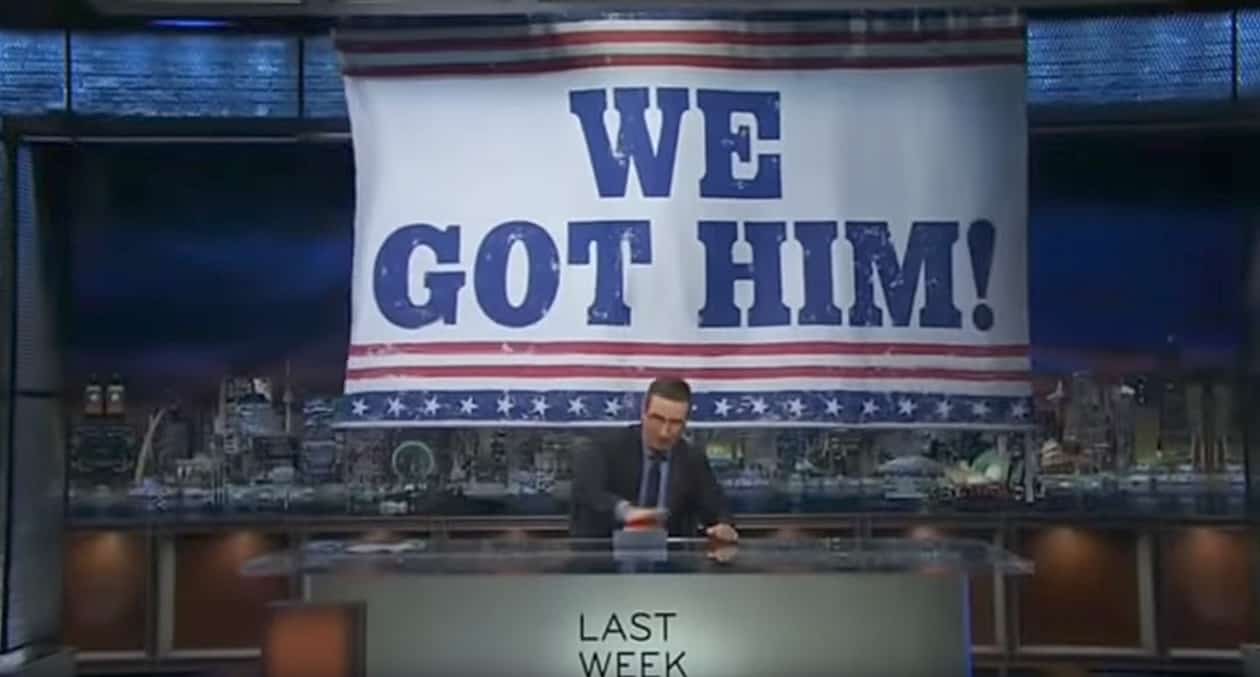 On Last Week Tonight, John Oliver took a look at Trump’s “racist” response to the humanitarian crisis in Puerto Rico and his attacks on San Juan mayor Carmen Yulin Cruz and his accusations that Puerto Ricans Want everything done for them.”

“Really? Really? The primary obstacle to hurricane relief has been Puerto Rican laziness? … Trump is basically saying, ‘When hurricanes hit our people, they’re not hitting our best. They’re killing poors. They’re killing lazies. And some, I assume, have said nice things about me.'”

Oliver also took a look at the failure of the GOP’s Graham-Cassidy Healthcare bill and Trump’s repeated lie that a senator is in the hospital.

Oliver was so thrilled to catch Trump in a lie that he rolled out a mega celebration, quickly curtailed when he realized that this really doesn’t change anything.