GUN STOCKS RALLY. Gun stocks rally after Vegas massacre: “Historically, gun stocks have experienced a bump after a mass shooting for reasons both political and emotional. Gun sales typically rise over concerns that a deadly event could lead to more stringent gun-control legislation. An additional driver of sales, and by extension shares, is the rush by some consumers to purchase guns to defend against future attacks.”

ELIZABETH WARREN. Thoughts and prayers are not enough: “Tragedies like Las Vegas have happened too many times. We need to have the conversation about how to stop gun violence. We need it NOW.”

Thoughts & prayers are NOT enough. Not when more moms & dads will bury kids this week, & more sons & daughters will grow up without parents.

Tragedies like Las Vegas have happened too many times. We need to have the conversation about how to stop gun violence. We need it NOW.

HILLARY CLINTON. “Las Vegas, we are grieving with you…”

Las Vegas, we are grieving with you—the victims, those who lost loved ones, the responders, & all affected by this cold-blooded massacre.

The crowd fled at the sound of gunshots.

Imagine the deaths if the shooter had a silencer, which the NRA wants to make easier to get.

Our grief isn't enough. We can and must put politics aside, stand up to the NRA, and work together to try to stop this from happening again.

BANGKOK. These are the most delicious cream-filled waffles ever made.

MANHATTAN’S NEWEST RESIDENTS? Barack and Michelle Obama eyeing apartment on upper east side. “The Obamas have been looking at 10 Gracie Square on the Upper East Side, situated between East End Avenue and East River Drive and near the mayor’s residence, Gracie Mansion, according to sources who have seen the couple arriving at the building for viewings. 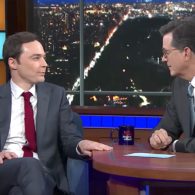 SPAIN. State violence follows Catalan referendum. “This conflagration happens against a backdrop of old divisions — as well as new ones, fomented by Russian President Vladimir Putin, who continues to sow chaos in western democracies whenever and however he can, and his flunky Julian Assange.”

DON LEMON. The CNN anchor hit the town with his boyfriend after SNL.

ORANGE COUNTY. Teacher distributes semen-filled flutes to students. “The California Department of Justice and the United States Postal Service are investigating a yet unnamed music instructor for giving flutes that might contain bodily fluids to several school districts in Southern California, including the Fountain Valley, Capistrano, and Newport Mesa agencies, the Orange County Register reported Friday. 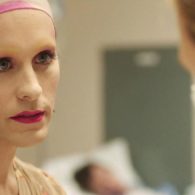 JARED LETO. I’ll never watch Dallas Buyer’s Club: “It was on page a beautiful role and I saw the opportunity that was there. It moved me to tears when I read the script and I really fell in love with the character. I’ve actually never seen the movie,” he added. “It was such a deep and emotional experience and the response was so overwhelmingly positive, I just don’t have any business watching it. I don’t need to look at it like we all would do, knit pick or find some fault or criticism. To let it be what it is, it works for people great, if it didn’t that’s fine.”

VIOLET CHACHKI. RuPaul Drag Race alum was dragged out of Paris gay club for being too feminine: “The club, Le Dépôt operates as both a gay club upstairs, and a sex club downstairs. Chachki went for a Fashion Week party to see her friends who were performing and DJing, but when she attempted to head downstairs to the dark rooms she was dragged out of the venue.”