Seth Meyers Rips Jeff Flake: 'I'm Gonna Stand Up And Do What Was Right A Year Ago' - WATCH - Towleroad Gay News 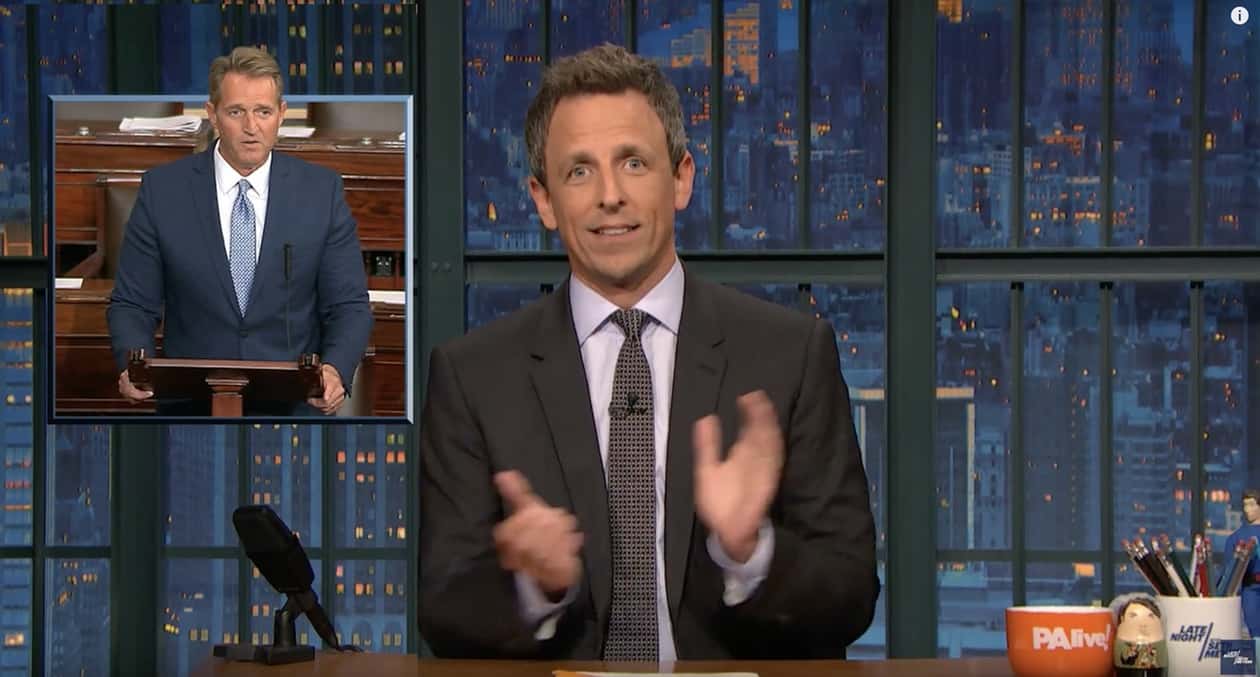 “All right! Jeff Flake! Way to eventually go! It took kinda sorta guts to stand up only 11 months after the election and tell America not to elect Donald Trump. You said, ‘Hey, I don’t care if this hurts my 18 percent approval rating. And yeah, maybe I voted to confirm Jeff Sessions and Betsy DeVos, even though one lied during his confirmation, and the other spells “lie” with an “h.” But I’m gonna stand up and do what was right a year ago. I’m gonna fight for the American people — by quitting my job of fighting for the American people.’”

Meyers also had a “Check in” with Robert and Rebekah Mercer, the billionaire donors supporting Trump-allied Republican candidates across the country.

Said Meyers: “The Mercers initially supported Ted Cruz, then, after realizing they were they were literally the only two people on earth who liked him, threw their money behind Trump, and they’ve been influencing the White House ever since. Now, with Trump in the White House, it seems the Mercers are feeling more emboldened than ever but their targets aren’t Democrats like Hillary Clinton this time, it’s establishment Republicans.”

Like Kelli Ward, the candidate who scared Flake out of his primary.