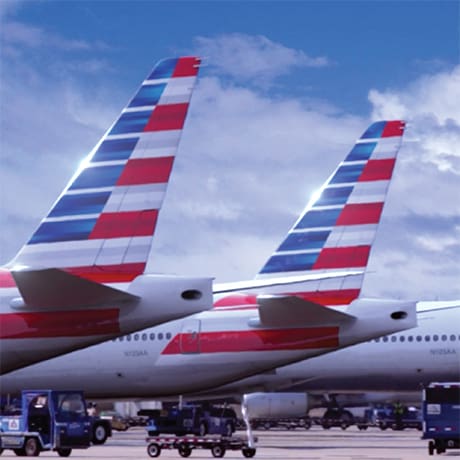 The NAACP yesterday issued a rare travel warning for African-American travelers “to exercise caution, in that booking and boarding flights on American Airlines could subject them disrespectful, discriminatory or unsafe conditions.”

Wrote the NAACP in a press release:

The series of recent incidents involve troublesome conduct by American Airlines and they suggest a corporate culture of racial insensitivity and possible racial bias on the part of American Airlines.  Among these incidents:

An African-American man was required to relinquish his purchased seats aboard a flight from Washington, D.C. to Raleigh-Durham, merely because he responded to disrespectful and discriminatory comments directed toward him by two unruly white passengers;

Despite having previously booked first-class tickets for herself and a traveling companion, an African-American woman’s seating assignment was switched to the coach section at the ticket counter, while her white companion remained assigned to a first-class seat;

On a flight bound for New York from Miami, the pilot directed that an African-American woman be removed from the flight when she complained to the gate agent about having her seating assignment changed without her consent; and

An African-American woman and her infant child were removed from a flight from Atlanta to New York City when the woman (incidentally a Harvard Law School student) asked that her stroller be retrieved from checked baggage before she would disembark.

The NAACP deplores such alarming behavior on the part of airline personnel, and we are aware of these incidents only because the passengers involved knew their rights, knew to speak up and exercised the courage to do so promptly. Historically, the NAACP has issued travel advisories when conditions on the ground pose a substantial risk of harm to black Americans, and we are concerned today that the examples cited herein may represent only the ‘tip of the iceberg’ when it comes to American Airlines’ documented mistreatment of African-American customers.”

Said Derrick Johnson, President and CEO of the NAACP: “All travelers must be guaranteed the right to travel without fear of threat, violence or harm. The growing list of incidents suggesting racial bias reflects an unacceptable corporate culture and involves behavior that cannot be dismissed as normal or random.  We expect an audience with the leadership of American Airlines to air these grievances and to spur corrective action.  Until these and other concerns are addressed, this national travel advisory will stand.”

Previous Post: « Seth Meyers Rips Jeff Flake: ‘I’m Gonna Stand Up and Do What Was Right a Year Ago’ – WATCH
Next Post: In Off-Broadway’s ‘Lonely Planet,’ Coping with AIDS Trauma on a Human Scale: REVIEW »