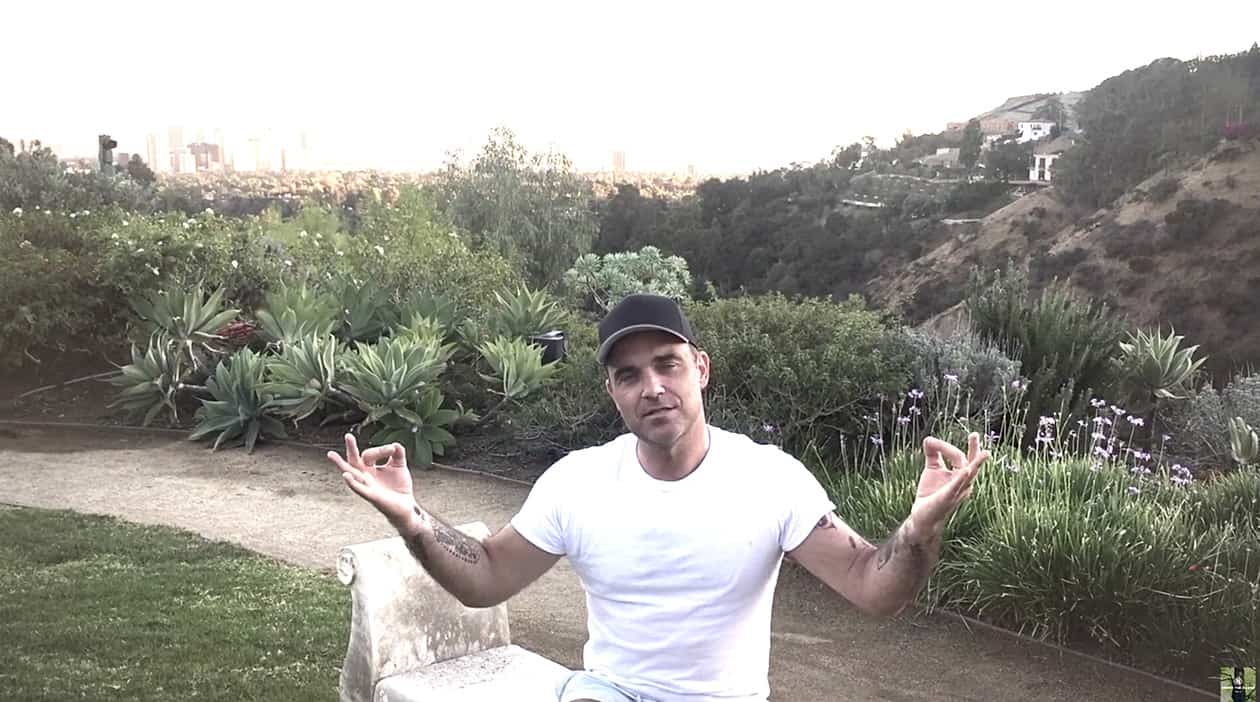 Singer Robbie Williams said in a video to fans on YouTube that he canceled a recent tour over some test results that put him in the hospital.

“I’ve been recovering from an illness now for the last five weeks. Unfortunately that illness kicked in just at the end of my tour, a tour which was going so well. Then I got some test results and they were very worrying, and I ended up in ICU.”

The former Take That singer also said he’s now vegan (except for a big burger once a week) and he does pilates and yoga:

“I do pilates every day. I do yoga every day and have a really big burger on a Sunday. So I’m not fully that guy. I still burger. I have a cheat meal. But I’m looking after myself. I’m not feeling 100 per cent but I’m getting there, and I know I’m going to be better than ever.”

Watch Williams’s performance at the benefit for the Manchester bombing victims, below:

Previous Post: « Jimmy Kimmel Wants You to Guess if These ‘Hot’ Men are Shirtless: WATCH
Next Post: Seth Meyers Rips Jeff Flake: ‘I’m Gonna Stand Up and Do What Was Right a Year Ago’ – WATCH »