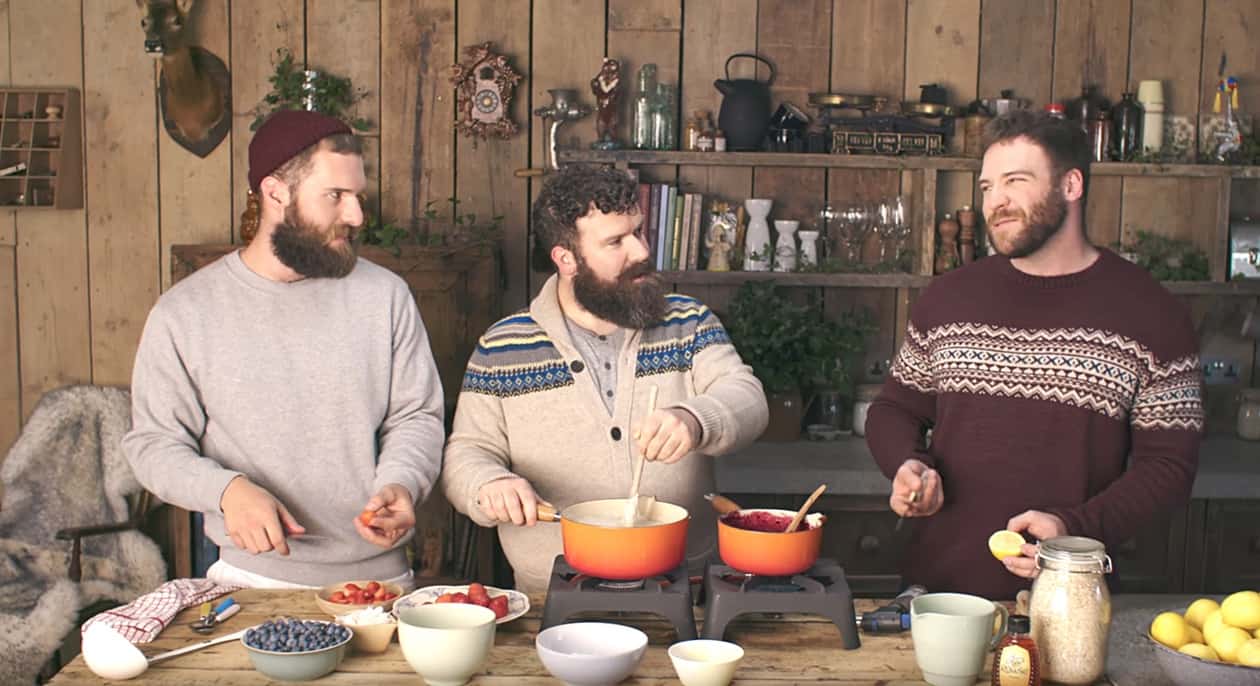 Rowse Honey, a British company, has put its money on three gay bears to serve as the “ultimate advocates” for its brand. The bears, Matt, Joel and Phil, are starring in an online cooking show encouraging people to eat honey on porridge.

But as Adweek notes, there’s no Goldilocks in sight:

“We knew that casting would make or break the campaign,” Chalkley says. “It was important to find the characters that would make it feel authentic and genuine, who we could trust to accurately represent the gay bear community. Their chemistry was absolutely everything. We also wanted to find people with a genuine passion for food, the great outdoors and fitness. Each episode, while entertaining, needed to be informative and useful.”

It was also essential “to start from a position of absolute respect,” he says. “We cast and wrote very carefully, taking advice from people within the community, and encouraged the cast to co-write the scripts and be their genuine selves. Ultimately this is a funny and charming breakfast show for everyone and made with love and fun.”

Matthew Lister, one of the campaign’s shaggy stars, adds, “Recently, LGBT people have appeared at the forefront of several advertising campaigns. That said, it seems certain groups have been underrepresented in the media, which is why I jumped at the opportunity to feature in The Three Bears. The filming process reminded me a bit of my experience of the bear community. We arrived on the first day not knowing each other, but everyone was easygoing and welcoming. Very quickly the banter and camaraderie between us all developed, and by the end we all felt like great mates.”