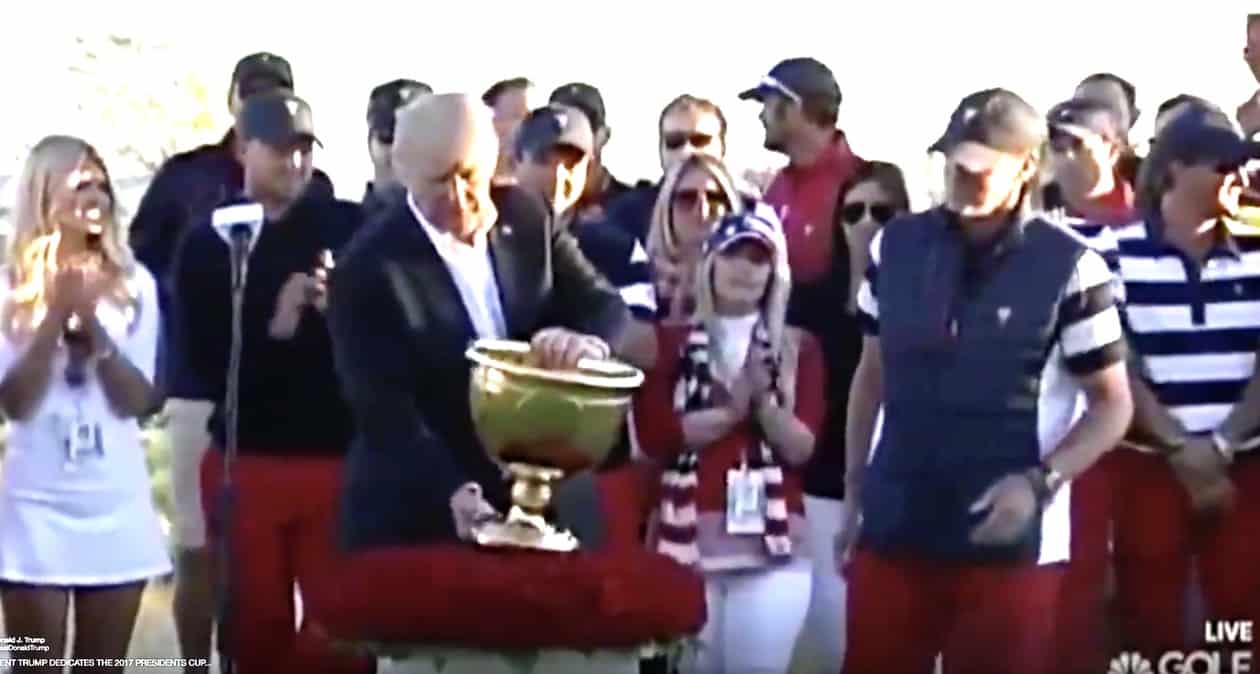 Donald Trump dedicated a golf trophy on Sunday to the people of Puerto Rico “who have really suffered over this last short period of time” as a humanitarian crisis to which he has not adequately responded continued to unfold in the U.S. territory.

The trophy dedication followed a weekend of attacks on the mayor of San Juan.

“On behalf of all of the people of Texas, and all of the people – if you look today and see what is happening, how horrible it is, but we have it under really great control – Puerto Rico and the people of Florida who have really suffered over this last short period of time with the hurricanes, I want to just remember them. And we’re going to dedicate this trophy to all of those people that went through so much that we love, a part of our great state, really a part of our great nation.”

But at least one attendee wasn’t impressed with Trump dedicating a trophy to people who still need food, fuel and basic commodities.

“You don’t give a shit about Puerto Rico!” one attendee yelled.

Previous Post: « Donald Trump Addresses Nation After Deadly Las Vegas Shooting: WATCH
Next Post: Starting Friday, it Will Be Legal Across Mississippi to Discriminate Against LGBTQ People Based on Religious Beliefs »