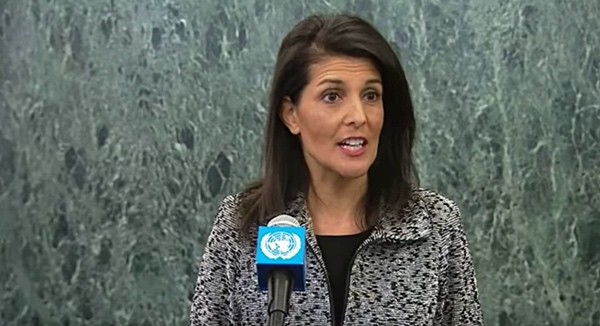 The United States on Tuesday voted “No” on a resolution passed by the 47-member Human Rights Council condemning the use of the death penalty in discriminatory fashion, in cases including homosexuality. Twenty-seven nations voted in favor of the resolution; 13 voted against it and 7 abstained.

In an historic first, the United Nations Human Rights Council has voted to condemn the imposition of the death penalty for consensual same-sex relations.

The 47-member Human Rights Council passed the resolution – “The question of the death penalty” – on Friday, September 29, with 27 States voting in favour, 13 against and 7 abstentions [1]. The resolution asked countries that have not yet abolished the death penalty to ensure that it is not “applied arbitrarily or in a discriminatory manner” and that it is not applied against persons with mental or intellectual disabilities and persons below 18 years of age at the time of the commission of the crime, as well as pregnant women. It also condemns the imposition of the death penalty for apostasy, blasphemy and adultery.

There has been no reason given by the Trump administration for the vote.

Previous Post: « Trump in Puerto Rico: ‘I Hate To Tell You, But You’ve Thrown Our Budget a Little Out of Whack’ – WATCH
Next Post: Sam Smith Spotted Kissing ’13 Reasons Why’ Actor Brandon Flynn in NYC »