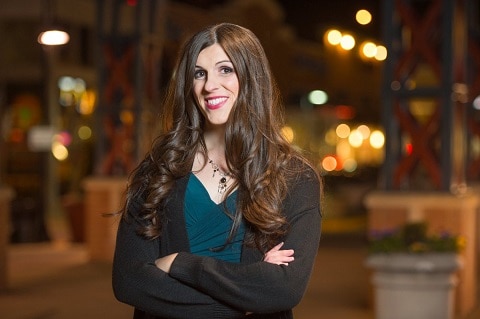 Del. Robert G. Marshall (R-Prince William), who wrote Virginia’s  hideous anti-transgender “bathroom bill”, has lost his seat to Danica Roem, now the first openly transgender elected official in the state and the first elected to a state legislature in the U.S.

The race between Roem, 33, and Marshall, 73, focused on traffic and other local issues in Prince William County but also exposed the nation’s fault lines over gender identity. It pitted a local journalist who began her physical gender transition four years ago against an outspoken social conservative who has referred to himself as Virginia’s “chief homophobe”earlier this year introduced a “bathroom bill” that died in committee.

“For 26 years I’ve been proud to fight for you, and fight for our future,” Marshall said in a message posted on Facebook Tuesday night. “Though we all wish tonight would have turned out differently, I am deeply grateful for your support and effort over the years.

“I’m committed to continue the fight for you, but in a different role going forward.”

“If I needed a blood transfusion and the guy next to me had committed sodomy 14 times in the last month, I’d be worried.

“It’s a distraction when I’m on the battlefield and have to concentrate on the enemy 600 yards away and I’m worried about this guy who’s got eyes on me.”

In 2012 he said that “homosexuality is not a civil right” and has claimed that opponents of religious freedom laws are discriminating against heterosexuals.

Earlier this year, he introduced what has been described as one of the most dangerous bathroom bills in the country. Mother Jones reports that the proposed legislation went a step further than other states by requiring schools to out students to their parents within 24 hours if they asked “to be recognized or treated as the opposite sex.”

In May, Roem – who beat out Steve Jansen, Andrew Adams and Mansimran Kahlon to win her party’s backing – said:

“Let me make this really clear for you: When the people of the 13th District elect a transgender woman to replace the most anti-LGBT legislator in the South, it will be an act of certainty, and it will be a defining moment that will resonate across the country.”

“Danica Roem is a leader in a national movement of trans candidates who are determined to become a voice for their community in the halls of power. This historic primary win sets up a general election battle where voters will choose between ‘Bigot Bob’ Marshall – the most anti-LGBTQ member of the Virginia state legislature – or Danica, a proud trans woman who is committed to representing all people in her district. I am confident voters will choose leadership over divisiveness and make Danica the first out trans candidate to win and serve in a state legislature.”

Stephen Farnsworth, an expert on Virginia politics and a political science professor at the University of Mary Washington, said that although Roem is in with a shot, it will be incredibly hard to predict how exactly this contest will play out.

He noted that while Marshall “has managed to win despite having a target on his back election cycle after election cycle,” Roem’s best chance is to emphasize constituent service issues rather that national social agenda issues.