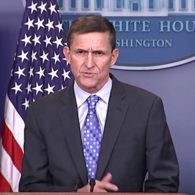 MICHAEL FLYNN. Middle Eastern nuclear project could compound former national security adviser’s legal troubles: “In June 2015, retired lieutenant general Michael Flynn took a little-noticed trip to Egypt and Israel, paid for by a U.S. company he was advising. The company hoped to build more than two dozen nuclear plants in the region in partnership with Russian interests. Flynn’s quiet involvement in that project — and his failure to disclose his ties to the effort — could complicate the legal issues facing President Trump’s former national security adviser, who has signaled he may be willing to cooperate with special counsel Robert S. Mueller III.”

THE SUNKEN PLACE. Get Out creator Jordan Peele raps Tiger Woods for golfing with Trump.

TONY HOVATER. New York Times regrets offending readers by normalizing Nazi sympathizer: “We regret the degree to which the piece offended so many readers. We recognize that people can disagree on how best to tell a disagreeable story. What we think is indisputable, though, is the need to shed more light, not less, on the most extreme corners of American life and the people who inhabit them. That’s what the story, however imperfectly, tried to do.” Buzzfeed: You missed something… 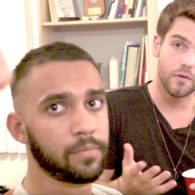 HIV. New guidelines are changing lives: “Medical authorities are publicly agreeing that people with undetectable viral loads cannot transmit the virus that causes AIDS. The policy change has profound implications for the way people view HIV. The change promises not just unprotected sex for couples like Kimmenez and his wife, but also reduced stigma for the 1.2 million Americans living with HIV. The policy change also offers the hope that more people will be tested and begin treatment if they are found to have the virus rather than live in denial.

TIME MAGAZINE ACQUISITION. Lawmaker warns that TIME magazine takeover by the Koch brothers will mean Ayn Rand as Person of the Year.

Get ready for next year’s new Time Magazine feature “Person of the Last & Next Century” Ayn Rand @kenvogel https://t.co/UuQ9rIak9E

NEPAL. Transgender woman and man register marriage, a first: “A Nepali transgender woman and a man have registered their marriage in Dadeldhura despite the lack of law regarding transgender couple and same-sex marriage in the country. The registration is first of its kind in the country. Speaking at a press conference organised in the Capital today, Monika Shahi (40), who had married Ramesh Nath Yogi (22) on May 7, expressed her happiness over her new marital status.” 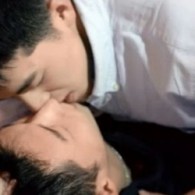 CHINA. Gays feeling emboldened to tackle homophobia: “In September, a gay husband was awarded damages and an apology from a mental institution that colluded with his estranged wife to lock him up for treatment for 19 days. This summer, a homosexual food-safety technician won an appeal against an employer who suspended him after he was tested HIV positive. A judge ruled last spring that a transgender man was unlawfully fired simply because he refused to dress like a woman at work.”

INDIA. Gay rights activists seize momentum after huge ruling. “This is another nail in the coffin, the privacy judgment,” he said. “We are going to win. I don’t lose my optimism.”

HONG KONG. Gay radio DJ is voice for LGBTQ community: “There are those who struggle with sexuality issues and face various forms of discrimination every day,” explains Leung, who serves as the group’s chief operating officer. “We are here to provide social support to our LGBTQ community and to reduce public bias against and misunderstanding of people with different sexual orientations.”

CRISTIANO RONALDO. He got a new bust that doesn’t look like Alfred E. Neumann.

ENGAGEMENT OF THE DAY. Gay couple gets engaged at Little Mix concert.

THE NEXT DESPACITO? Luis Fonsi and Demi Lovato’s “Échame La Culpa” has racked up millions of views in just a few days.

BABY DINO OF THE DAY. Chris Pratt interacts with a baby velociraptor in first footage from Jurassic World: Fallen Kingdom.