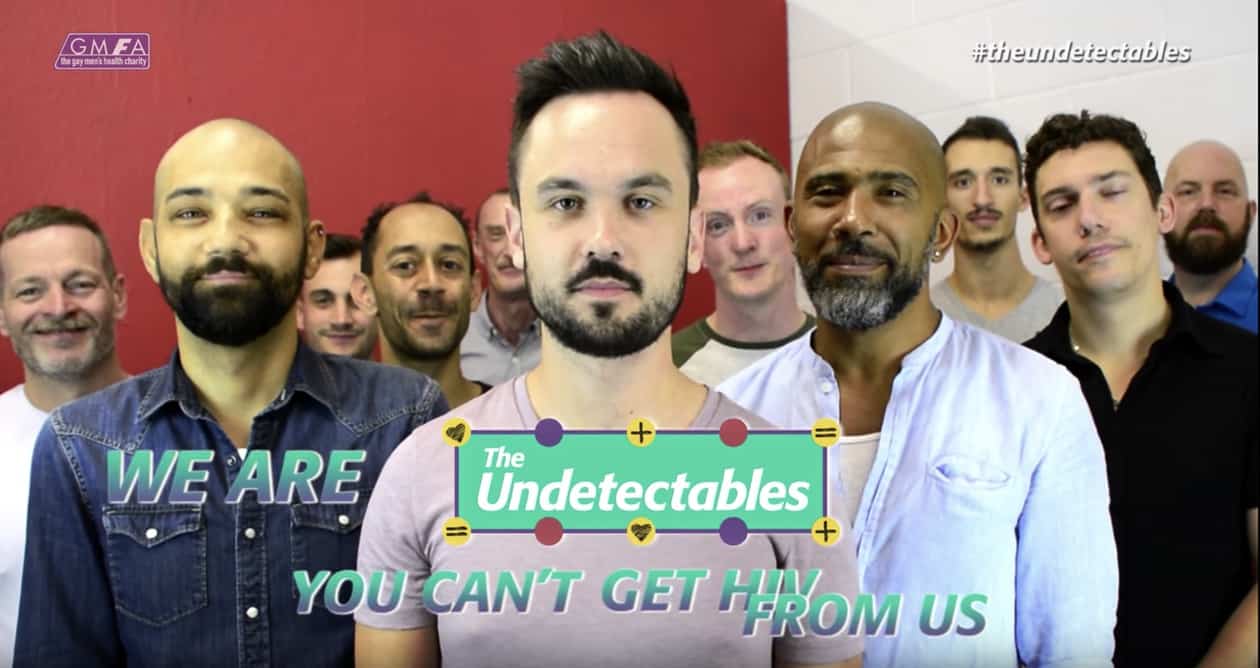 The UK health group  Gay Men Fighting AIDS has put out a new video aiming to reduce the stigma around HIV by explaining how antiretroviral therapy rendering HIV-positive people undetectable means there’s no chance of getting HIV from them.

Earlier this year the United States CDC finally agreed with HIV organizations and experts and put out a statement that says when an HIV-positive person’s viral load is undetectable there is no chance of transmission of the virus to an uninfected partner.

“We’ve seen major campaigns talking about how people living with HIV and on effective treatment cannot pass on the virus. And this has been wonderful. But many gay and bisexual men are not hearing this message, and if they are, it’s not sticking. This is why we created the video. We wanted to use real people, who are living with HIV and are undetectable, to break down step-by-step what exactly being HIV-undetectable is in today.”