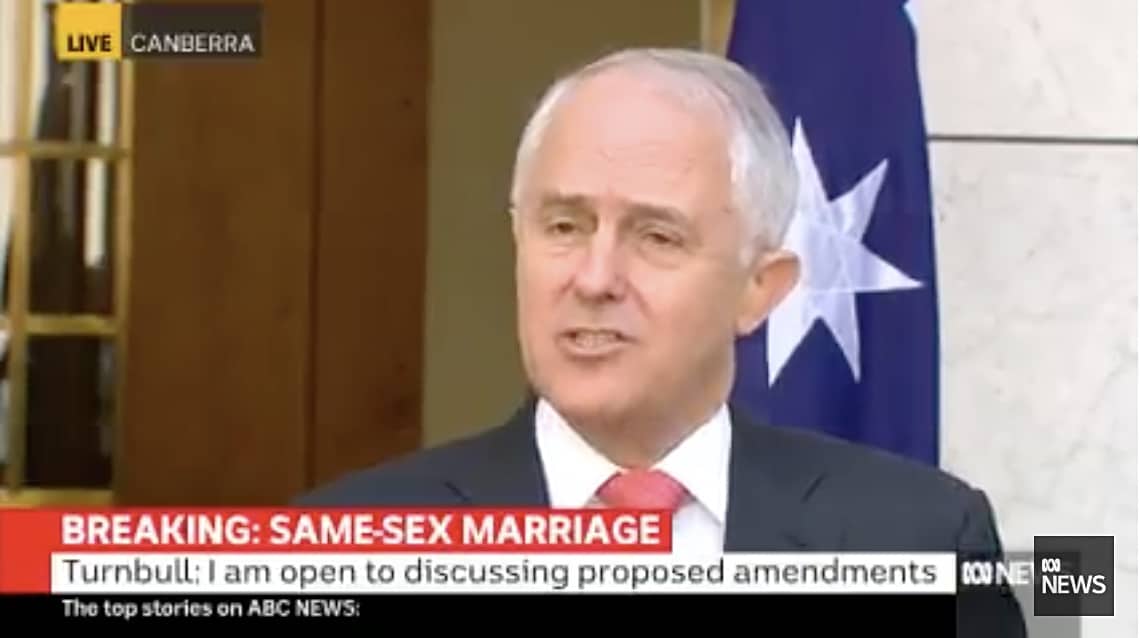 Australian Prime Minister Malcolm Turnbull spoke out after it was revealed that voters had cast a majority “YES” vote in the nationwide postal survey for same-sex marriage. View the results HERE.