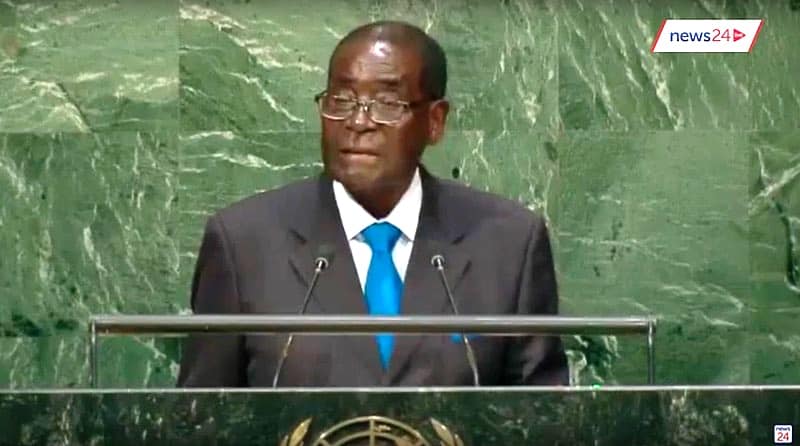 The announcement came during a parliamentary hearing to impeach him, following a military takeover last week. A letter submitted to parliament by the 93-year-old said his decision to resign was voluntary on his part.

Wild jubilation broke out among MPs when Jacob Mudenda, the speaker, told the parliament.

Impeachment proceedings against Mugabe began earlier on Tuesday as the ruling party, Zanu-PF, attempted to remove him from office.

Thousands of Zimbabweans had also turned up outside parliament to urge on MPs, chanting, dancing and waving placards in Africa Unity square.

Street parties broke out when the news was announced:

Mugabe has in the past threatened to jail and behead gays, calling them “inhuman“.