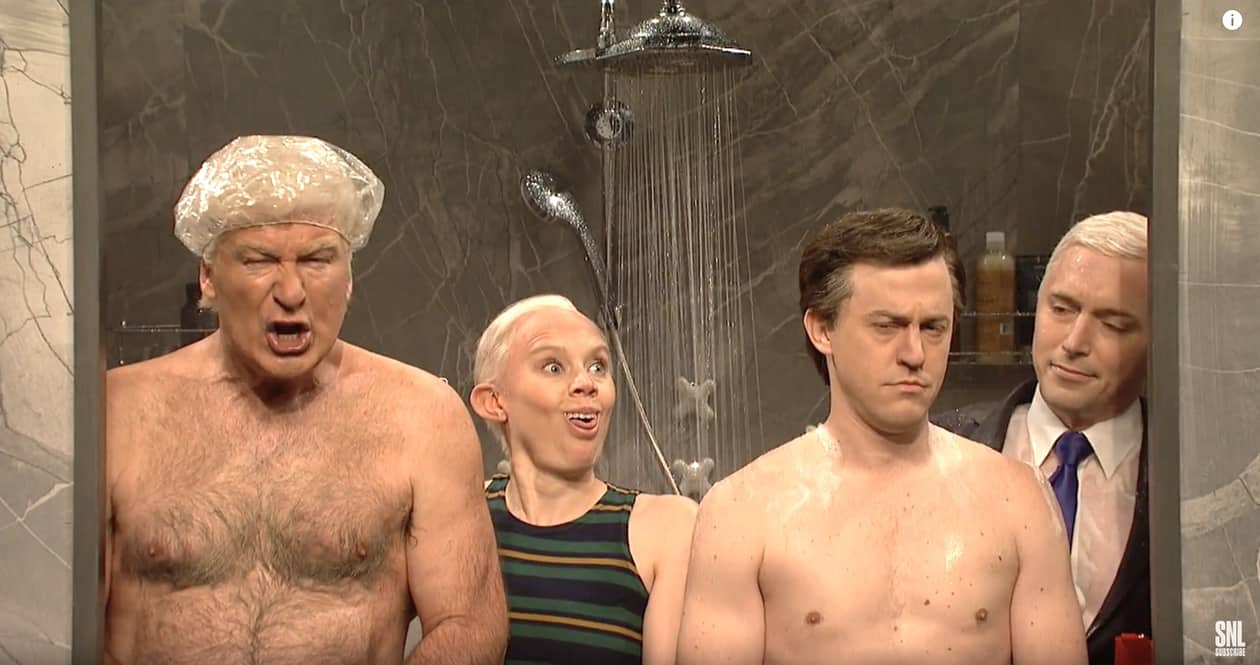 On last night’s SNL cold open, Alec Baldwin’s Donald Trump sent Cecily Strong’s Melania to Asia (with a very buff look-alike) while he stayed home to tend to the crisis in his administration, the home detention of Alex Moffat’s Paul Manafort.

Trump took Manafort into the shower to so they could talk dirt:

“I brought you into the shower to make sure you weren’t wearing a wire, Paul…That’s why we’re going to do this ‘Gone Girl’ style.”

Previous Post: « ‘Get Out,’ ‘Cherry Pop’ and Everything Streaming on Netflix, Hulu, Amazon and HBO This Month: FULL LIST
Next Post: Puerto Ricans With HIV/AIDS Are Suffering After Hurricane Maria »