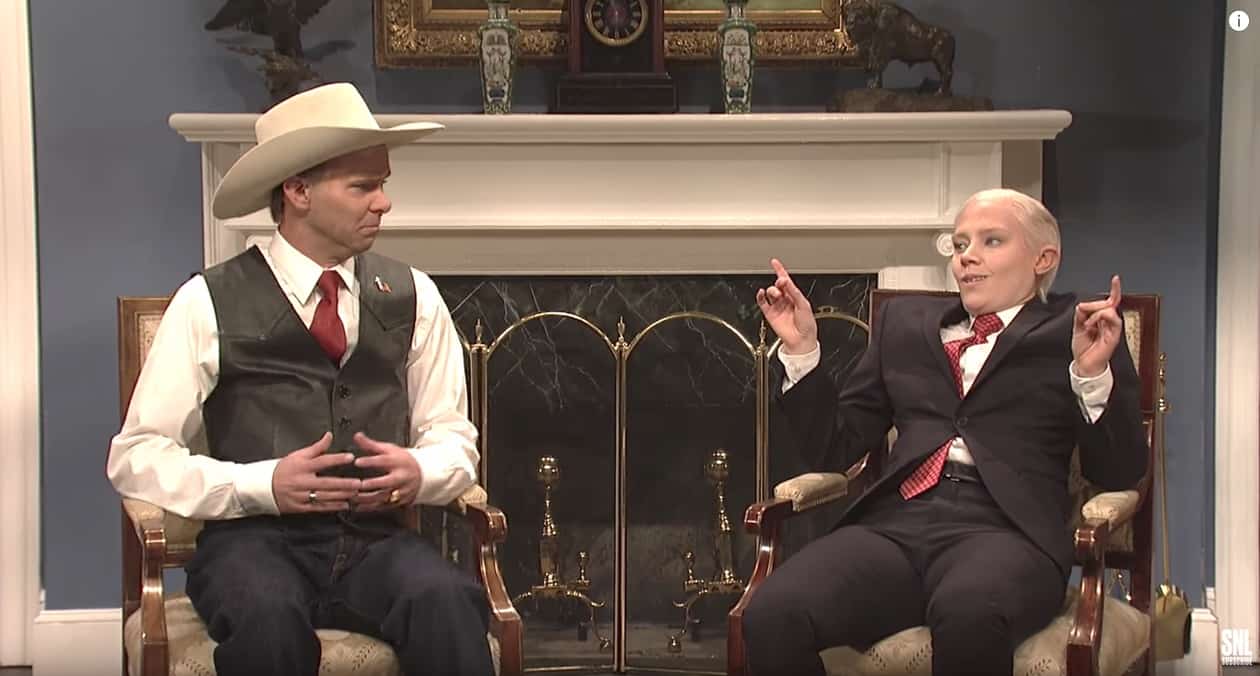 Saturday Night Live took on the GOP’s big Roy Moore problem last night in a cold open featuring Mikey Day as Moore, with Beck Bennett’s Mike Pence, and Kate McKinnon’s now iconic Jeff Sessions, who crawled out of  cabinet in the vice president’s residence where he’d been “cooking up nightmares for children.”

But before Sessions revealed himself, Moore sat down with Pence to discuss the real issue.

RELATED: ‘Family Values’ Bigot Roy Moore Defiant in Face of Underage Sex Assault Allegations: ‘I Will Never Give Up’

Said Beck’s Pence: “I don’t have to tell you that the Senate hangs in the balance. We’re trying to pass a tax-reform plan this year to bring Mr. Trump’s list of big legislative accomplishments to one. We can’t lose your seat this December. I know you’re Bannon’s guy but this latest news about you is concerning. Voters in Alabama will never elect someone who’s had relations with a minor.”

Asked Day’s Moore: “You sure about that?”

Replied Pence: “No. Alabama is quite a place. But we can’t take chances.”

When Pence left the room Sessions revealed himself to offer some advice:

“Roy, you’ve been doing some controversial stuff. Wave a gun around on stage, tell folks Muslims shouldn’t be allowed in Congress and that 9/11 was God’s punishment for sodomy. I love it! You check a lot of boxes for me, Roy, but this is really bad. I’m usually the creepiest one in the room, but I look at you and I’m like, oh my God.”