In December we reported that photographer Bruce Weber was being sued by male model Jason Boyce for sexual harassment and discrimination over Weber’s behavior during a 2014 photo shoot.

On Saturday, the New York Times reported that they spoke with 15 current and former male models who accused Weber of sexual harassment and abuse of power.

Additionally, the paper spoke with 13 models and assistants who accused photographer Mario Testino of sexual abuse as well. 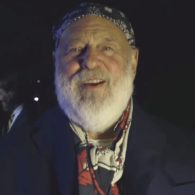 Wrote the NYT: “The men recalled, with remarkable consistency, private sessions with Mr. Weber in which he asked them to undress and led them through breathing and “energy” exercises. Models were asked to breathe and to touch both themselves and Mr. Weber, moving their hands wherever they felt their “energy.” Often, Mr. Weber guided their hands with his own.”

Head over to the NYT for the sad and disturbing report.

Anna Wintour, artistic director of Condé Nast, said the company would no longer be commissioning work from the two photographers.

Burberry also said it had no plans to work with Testino again in the foreseeable future and there were reports that other brands including Michael Kors were reconsidering their relationship with the men.

A Burberry spokesperson said: “We take allegations of this nature very seriously. Burberry is committed to providing a just, safe and fair working environment and we have a zero-tolerance policy against any form of harassment, abuse or discrimination.”

Both men have denied the claims.