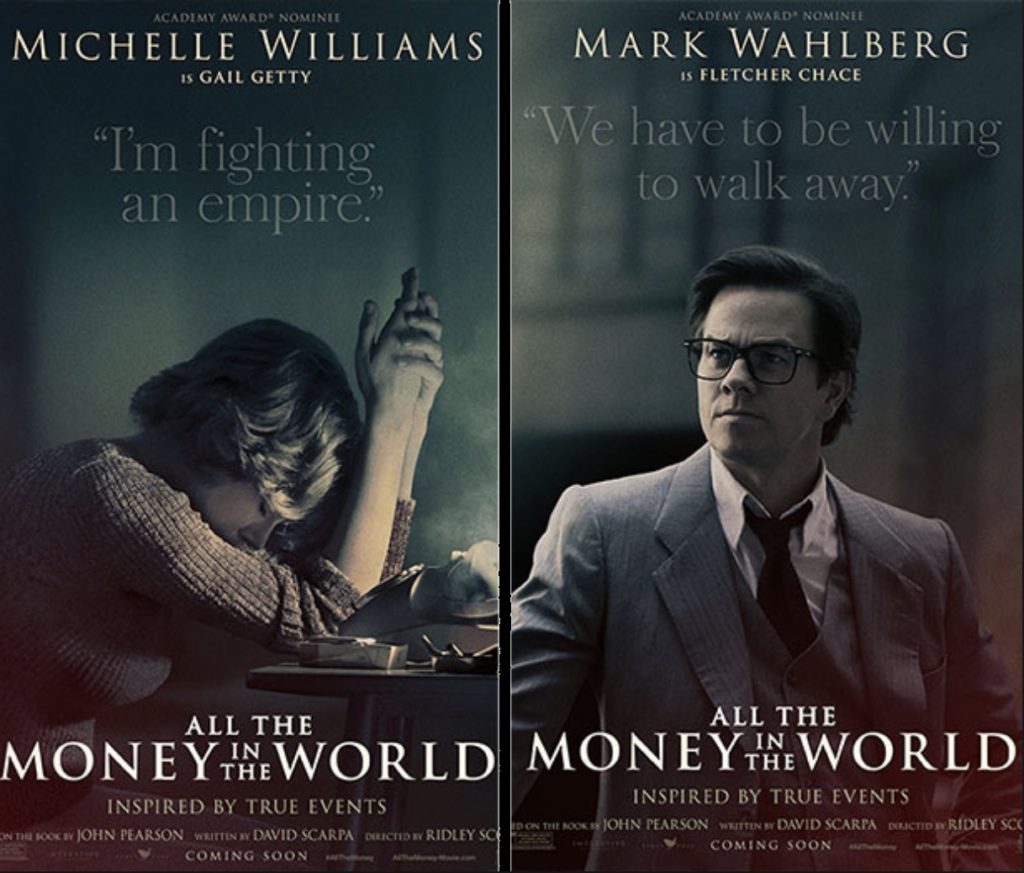 Following outrage over the news that Mark Wahlberg was paid $1.5 million for reshoots of All The Money in the World while his co-star Michelle Williams was paid less than $1,000, Wahlberg has donated $1.5 to the #TimesUp campaign in Williams’ name.

All The Money in the World was quickly reshot with actor Christopher Plummer following a multitude of sexual abuse allegations against the movie’s star Kevin Spacey.

At the same time, WME, which reps Wahlberg, Williams and Scott, has also pledged $500,000 in a donation to #TimesUp.

Wahlberg issued this statement: “Over the last few days my reshoot fee for All The Money in the World has become an important topic of conversation. I 100% support the fight for fair pay and I’m donating the $1.5 million to the Time’s Up Legal Defense Fund in Michelle Williams’ name.

Williams and Wahlberg are both represented by WME (William Morris Endeavor), which also released a statement:

“The current conversation is a reminder that those of us in a position of influence have a responsibility to challenge inequities, including the gender wage gap. In recognition of the pay discrepancy on All The Money In The World reshoots, WME is donating an additional $500,000 to the Time’s Up Legal Defense Fund in Michelle Williams’ name, following our $1 million pledge to the organization earlier this month. It’s crucial that this conversation continues within our community and we are committed to being part of the solution.”

Williams released a statement on Sunday in response to the donation: “Today isn’t about me. My fellow actresses stood by me and stood up for me, my activist friends taught me to use my voice, and the most powerful men in charge, they listened and they acted. If we truly envision an equal world, it takes equal effort and sacrifice. Today is one of the most indelible days of my life because of Mark Wahlberg, WME and a community of women and men who share in this accomplishment. Anthony Rapp, for all the shoulders you stood on, now we stand on yours.”

Rapp’s accusation of sexual abuse against Spacey in October prompted dozens of others to come out with their own claims of assault against Spacey, triggering the reshoots on All the Money.