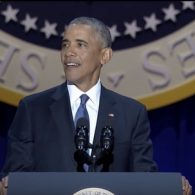 IT’S OBAMA’S ECONOMY, STUPID. Increasing number of U.S. voters give credit to Obama for current state of economy: “The Quinnipiac University poll released Wednesday finds that 49 percent of Americans say Obama is more responsible for the current U.S. economy compared to 40 percent who say Trump is responsible. The number of voters crediting Obama for the state of the economy has grown in the past two months. In Quinnipiac’s Nov. 22 poll, 43 percent of Americans credited Obama, and in a December poll 45 percent of voters credited the former president.”

JOHNNY WEIR. The figure skater is not buying into Tonya Harding’s redemption storyline. 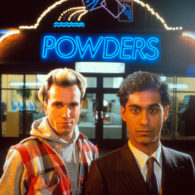 MY BEAUTIFUL LAUNDRETTE. Daniel Day-Lewis gay classic being adapted into a TV series.

PAUL MANAFORT. Sued by Russian billionaire for fraud. “The complaint — filed by Surf Horizon Limited, a company linked to oil tycoon Oleg Deripaska, according to Reuters — includes references to the indictment Special Counsel Robert Mueller brought against Manafort and Gates.”

OFFSHORE DRILLING. Outrage from other states after Florida is exempted from drilling plan. “Interior Secretary Ryan Zinke’s abrupt decision to remove Florida’s coastal waters from the offshore drilling plan he issued a week ago sparked a backlash Wednesday, failing to mollify Florida’s congressional delegation, galvanizing opposition in other states and even angering Trump administration allies in the energy industry.

HIV/AIDS. Sarah Huckabee Sanders has nothing to say about the termination of the entire Presidential Advisory Council on HIV and AIDS.

.@PressSec It's time to stop being dismissive of questions about the firing of members of the Presidential Advisory Council on HIV and AIDS. It's time for this administration to prioritize issues related to HIV and AIDS. pic.twitter.com/e1RJZmLTsW

$35 MILLION. The amount of real estate Trump’s company sold in 2017: “In Las Vegas alone, Trump sold 41 luxury condo units in 2017, a majority of which used limited liability companies – corporate entities that allow people to purchase property without revealing all of the owners’ names.” 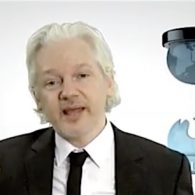 CITIZENSHIP. Ecuador has granted it to Wikileaks founder Julian Assange. “Ecuador has granted citizenship to WikiLeaks founder Julian Assange, who has been living in asylum at the nation’s embassy in London for more than five years. The nation’s foreign minister announced Thursday that officials had decided to permit Assange’s naturalization while they look for ways to resolve his situation.

RIP. Gay rights activist and actor Matt Palazzolo has died of heat stroke in Australia: ‘Palazzolo, an avid hiker and a friend were hiking in 108 degree heat. Palazzolo was born in Fremont and has a resume that includes roles in “Bloomers” (2011), “Stone Fruit” (2018) and “Switched at Birth” (2011). He was recognized for his role as the pre-op transgender prostitute, Lexus, opposite Forest Whitaker, in “Powder Blue.”’

PIERS MORGAN VS TONYA HARDING. The British TV host and the figure skater will not soon be friends.