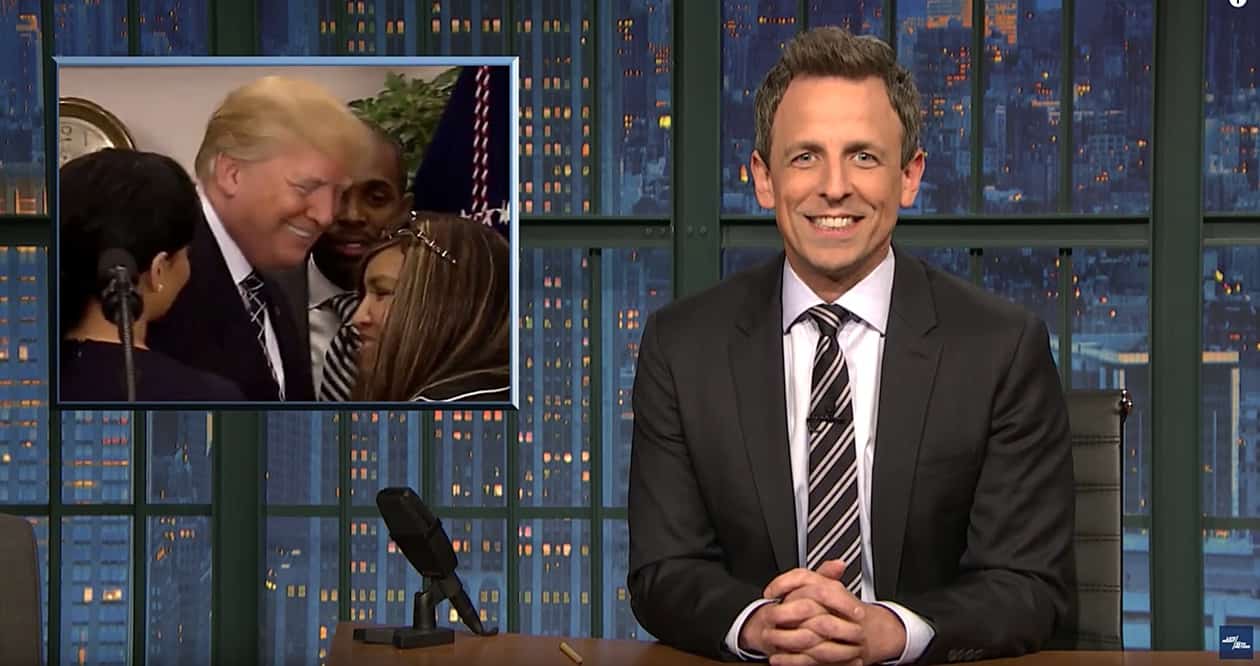 Seth Meyers had a lot to examine in Monday night’s ‘A Closer Look’ segment given the news of the past week.

Of course the biggest news of the week was the term Trump used to describe Haiti and African nations, a term that news networks didn’t know quite how to handle.

Meyers then looked at Trump’s denial that he’s a racist, and his inclination to overreach by declaring himself to the press as “the least racist person you have ever interviewed.”

Said Meyers: “Why do you do that to yourself, man? If you’d just said, ‘I’m not a racist,’ then maybe you could muddy the waters and people would have to debate it. But when you say ‘the least racist person,’ you just set off alarm bells. It’s the difference between saying, ‘I’m a tall person’ and ‘I’m the tallest person on Earth.’ With one, you go, ‘Yeah, pretty tall, I guess,’ and with the other you go, ‘Oh, he’s crazy.'”

Finally Meyers looked at Trump’s demands that immigration be merit-based, and lays on the whopper of the night:

“You want immigration to be merit-based? Your job isn’t even merit-based! Your whole life has been the opposite of merit-based. You’re a celebrity billionaire despite the fact that you’ve declared bankruptcy six times and you’re president despite being wildly unqualififed. If you want a merit-based immigration system, fine. But then you should have go back to whatever bog your family crawled out of and get in the back of the line.”