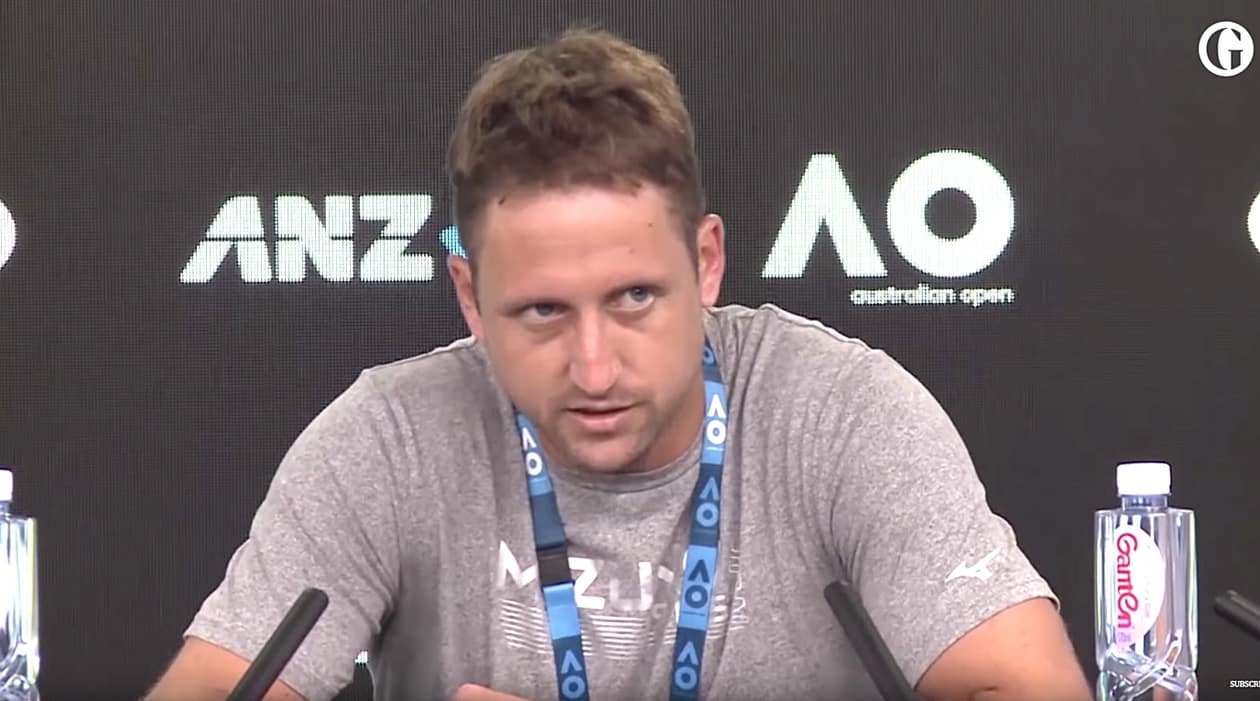 Tennys Sandgren, the American tennis pro and Australian Open quarter finalist whose old tweets were unearthed this week, has apologized for a tweet he wrote about his experience at a gay nightclub.

In the unearthed tweets he chummed with Charlottesville white supremacists, retweeted racist jokes, praised Alex Jones, blasted women’s rights, and had a few choice things to say about LGBT people as well, including, “Stumbled into a gay club last night… my eyes are still bleeding #nooneshouldseethat.” When a follower joked about his use of the word “stumbled,” Sandgren replied, “what can I say the trannies were calling to me.”

In a tweet this morning, Sandgren apologized for that tweet, writing, “In regards to the gay club tweet from 2012, I used poor and harsh words to describe a bad experience, and is not indicative of how I feel about the people in that community. To everyone I offended with that, pls accept my apology.”

Serena Williams had called on Sandgren to apologize after the tweets were unearthed earlier this week:

@TennysSandgren I don't need or want one. But there is a entire group of people that deserves an apology. I cant look at my daughter and tell her I sat back and was quiet. No! she will know how to stand up for herself and others- through my example. ✊🏿 pic.twitter.com/im2NhoMdN4

In a press conference yesterday, Sandgren blasted the media for twisting his words and then deleted all but one of his tweets.

You seek to put people in these little boxes so that you can order the world in your already assumed preconceived ideas. You strip away any individuality for the sake of demonizing by way of the collective.

With a handful of follows and some likes on Twitter, my fate has been sealed in your minds. To write an edgy story, to create sensationalist coverage, there are a few lengths you wouldn’t go to to mark me as the man you desperately want me to be.

You would rather perpetuate propaganda machines instead of researching information from a host of angles and perspectives while being willing to learn, change, and grow. You dehumanize with pen and paper and turn neighbor against neighbor. In so doing, you may actually find you’re hastening the hell you wish to avoid, the hell we all wish to avoid.

There was more to the statement than appears in the clip above, according to the Washington Post:

It is my firm belief that the highest value must be placed on the virtue of each individual, regardless of gender, race, religion or sexual orientation. It’s my job to continue on this journey with the goal of becoming the best me I can and to embody the love Christ has for me, for I answer to Him and Him alone.