ICYMI. Emma Gonzalez, Parkland, Florida high school student who survived the massacre, has a message for Trump and the GOP.

BLACK PANTHER. Disney-Marvel’s groundbreaking Ryan Coogler superhero film blasts off at box office: ‘Disney-Marvel’s “Black Panther” is heading for a stunning $235 million debut over the four-day President’s Day weekend at 4,020 North American locations, estimates showed Monday. “Black Panther,” starring Chadwick Boseman and directed by Ryan Coogler, has blown away its original tracking in less than a month. The film, which carries an estimated $200 million production cost, had been tracking to bring in between an impressive $100 and $120 million when first estimates emerged on Jan. 25.’

MOMMY HAS A CAT. Jenna Bush Hager’s kids and Kathy Lee Gifford – “What if they’d said something else?!”

"What if they'd said something else?!"-@JennaBushHager's daughters have the studio laughing! pic.twitter.com/u90uqdKUHP 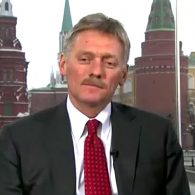 RUSSIAN INDICTMENTS. Kremlin dismisses Mueller’s indictments of 13 Russian nationals: “Putin’s spokesman Dmitry Peskov told reporters Monday that while the indictment focuses on “Russian nationals” it gives “no indication that the Russian government was involved in this in any way.” Peskov insisted that Moscow did not meddle in the U.S. election.”

DISGUSTING. What one Parkland shooting survivor thinks of Trump’s tweets.

INDONESIA. Anti-gay crackdown should concern all Asia: “The roots of Indonesia’s rising intolerance lie in the failure of successive governments to effectively respond to harassment, threats and violence by militant Islamists against religious, ethnic and sexual minorities — a trend that should concern all of Asia.”

MONDAY MUSCLE. Ryan Cleary, Survival of the Fittest star, who just came out as bisexual.

Previous Post: « Woman Cut Out Of Will After Walking In On Multi-Millionaire Dad Having Sex With Another Man
Next Post: Russell Tovey Announces ‘Completely Unexpected’ Engagement to Rugby Player Steve Brockman »