MILITARY PARADE. It has a $30 million price tag, according to Mick Mulvaney. 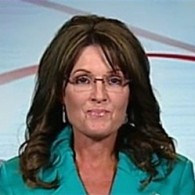 TREY GOWDY. Chair of House Oversight Committee says investigation of Rob Porter has begun: “Gowdy sent a letter on Wednesday to the White House demanding to know how Rob Porter was allowed to work without an interim security clearance, despite being accused of domestic violence. Gowdy also sent a letter on Wednesday to FBI Director Christopher Wray seeking clarity on how the bureau investigates and issues interim security clearances. Gowdy also asked when the FBI notified the White House of any underlying issues with Porter’s background check, which has become a source of controversy.” 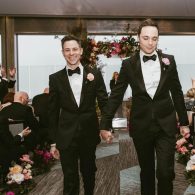 GEORGIA MCBRIDE. Jim Parsons to star in adaptation of the stage play The Legend of Georgia McBride. “The Matthew Lopez-penned play, which enjoyed a run at the Geffen Playhouse, follows Casey, an Elvis impersonator in a run-down, small-town Florida bar who is broke and has a baby on the way. When the bar owner brings in a B-level drag show to replace his act, Casey finds that he has a lot to learn about show business and himself. Parsons will play Miss Tracy Mills, a veteran drag queen who coaches Casey in the art of performing, helping him transform from a washed-up Elvis impersonator to a show-stopping drag queen. Lopez will adapt his play for the screen.”

BACK IN MEXICO. The story of a gay HIV-positive asylum seeker: “When Carlos Alberto Bringas-Rodriguez went in for his routine check-in with Immigration and Customs Enforcement in Kansas City on December 20, he expected to be in and out, as on previous visits. A 27-year-old gay asylum seeker from Mexico, Bringas had been in the United States for 13 years, and was living “a calm life” with his husband in a suburb of Kansas City. Together, he and his husband were raising Bringas’s 12-year-old cousin, whom Bringas referred to as his daughter. Bringas was “by the book,” as his husband put it, about complying with government demands. But at his December check-in, something went wrong, and Bringas was taken into custody.” 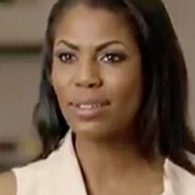 .@ZacEfron in Harmony Korine's stoner comedy The Beach Bum – I AM SO EXCITED FOR THIS! pic.twitter.com/lSc4d2hxGD

Previous Post: « Happy Valentines Day to These Two Long-Distance Lovebirds: WATCH
Next Post: Gus Kenworthy and Steve-O are Tenting Together and Having a Hilarious Bromance: WATCH »