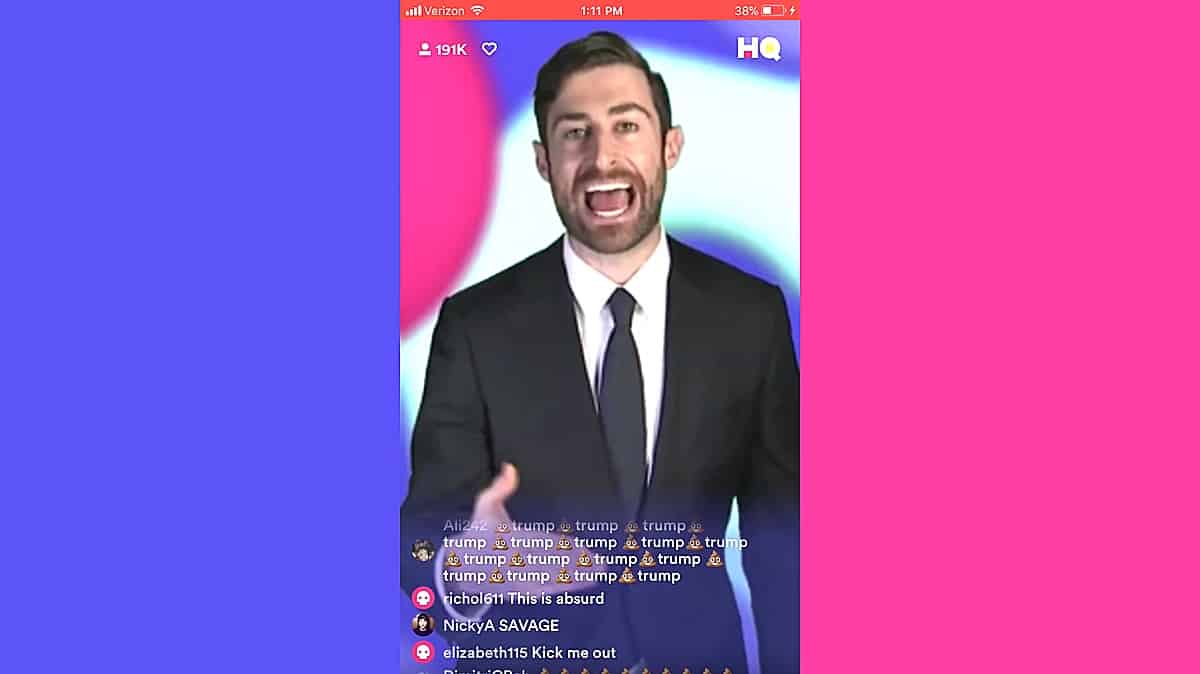 HQ Trivia, the gaming phenomenon which often attracts more than a million people on their mobile devices to its cash-awarding daily live trivia challenges, is facing calls for users to delete the app after it was revealed that Trump supporter Peter Thiel is the main investor behind a new $15 million round of funding.

Thiel, a billionaire who co-founded PayPal, donated $1.25 million to the Trump campaign through a combination of super PAC donations and funds given directly. Thiel also funded a lawsuit by Hulk Hogan in order to destroy the media company Gawker for outing him.

Thiel, who announced he was “proud to be gay” at the Republican National Convention in 2016, said he was confident Trump would expand and not restrict LGBT rights as president.

Thiel made waves at the RNCC when he publicly endorsed Trump, slammed “fake culture wars”, and said of transgender bathroom rights, “who cares?”

Said Thiel at the time, “I don’t pretend to agree with every plank in our party’s platform but fake culture wars only distract us from our country’s decline, and nobody in this campaign is being honest about it but Donald Trump.”

In September 2016, reports circulated that Thiel was telling friends Trump would appoint him to the Supreme Court if elected president.

Thiel made headlines back in December when it was revealed that his venture capital firm is the sole backer of Yass, a new members-only LGBTQ “co-working space and social club” in San Francisco.

Fuuuuck @hqtrivia provides a much needed break in the workday but their massive new investment from Peter Thiel is enough to make me #deleteHQ. He took away my number one love, Gawker. Fuck that guy.