Porter’s tweet, in which he claimed that Pence’s support for gay conversion therapy was “misinterpreted,” was captured by the website str8upgayporn (not wk friendly): 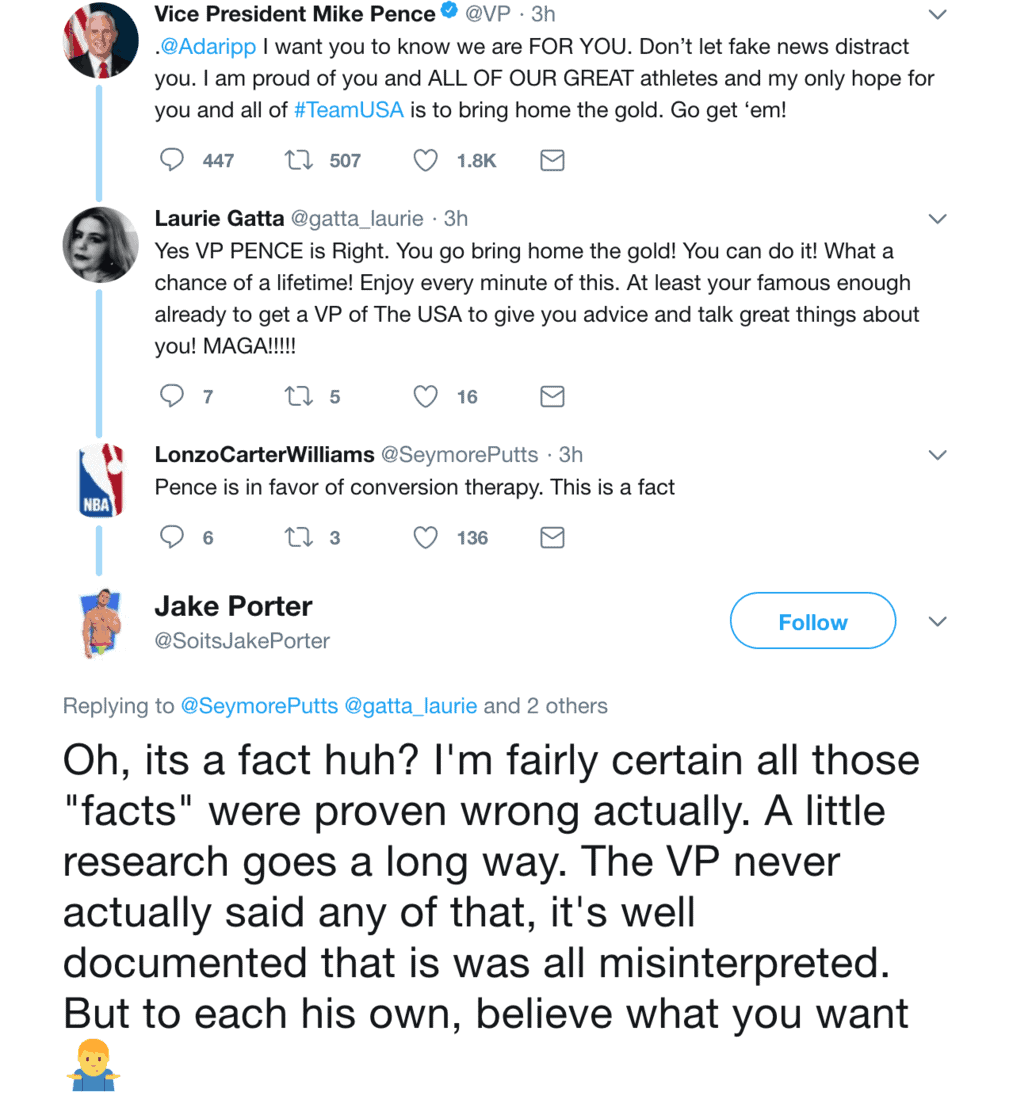 Porter must have been force-fed his BS by Pence’s spokesman Alyssa Farah, who told USA Today that U.S. figure skater Rippon’s claims about Pence and gay conversion therapy have “no basis in fact:”

Previous Post: « First Grade Teacher Fired for Marrying the Love of Her Life: WATCH
Next Post: 4 Big Events and 54 Great Things to Do This Winter in Provincetown »