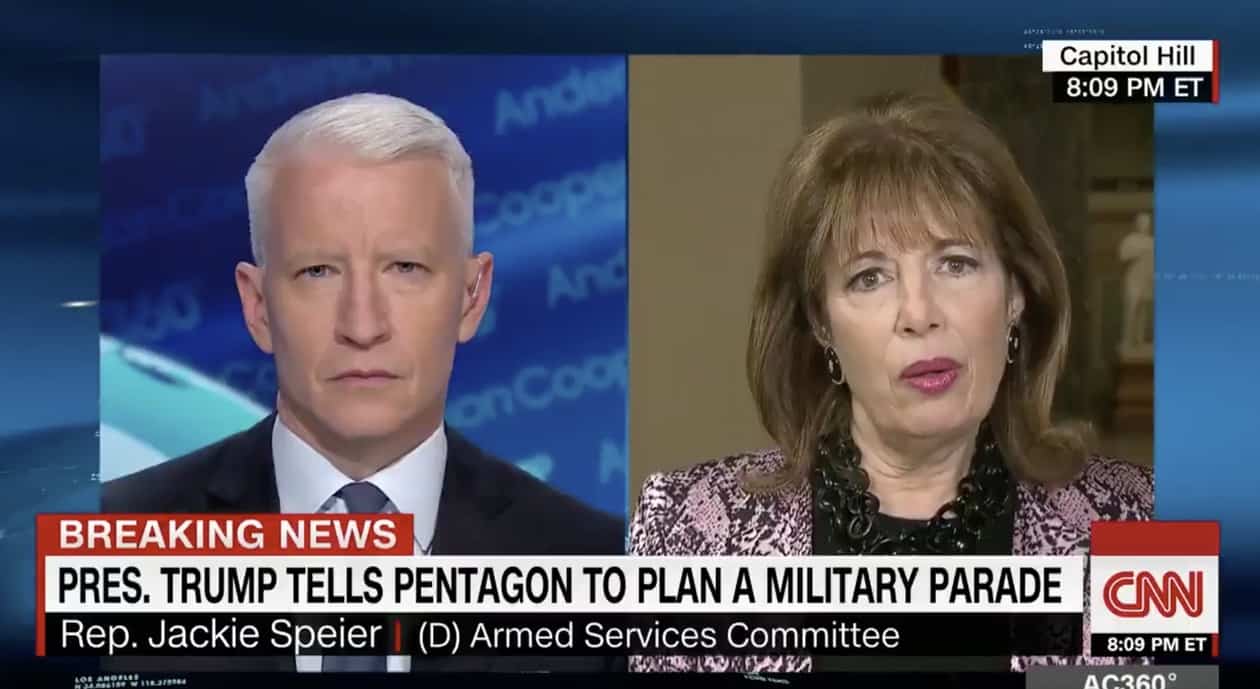 Pentagon officials have begun planning a parade at Donald Trump’s request to show off America’s military might, according to the Washington Post:

Trump has long mused publicly and privately about wanting such a parade, but a Jan. 18 meeting between Trump and top generals in the Pentagon’s tank — a room reserved for top-secret discussions — marked a tipping point, according to two officials briefed on the planning.

Rep. Jackie Speier (D-CA), a member of the House Armed Services Committee, said she was “stunned” at the news and said “we have a Napoleon in the making.”

Rep. Jackie Speier on President Trump's interest in a military parade: "I was stunned by it, to be quite honest. … We have a Napoleon in the making here." https://t.co/FKB39bAlIt pic.twitter.com/rQQD67Pe3G