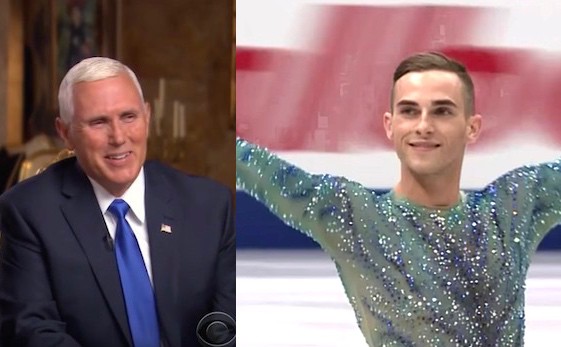 But Pence reportedly wanted to have a conversation sooner than that, according to USA Today:

Pence apparently was so concerned about Rippon’s comments that he then set in motion the attempt to speak with him. Farah did not reply to an email earlier this week seeking comment on this story. Rippon’s agent, David Baden, said his client would have no further comment on the issue.