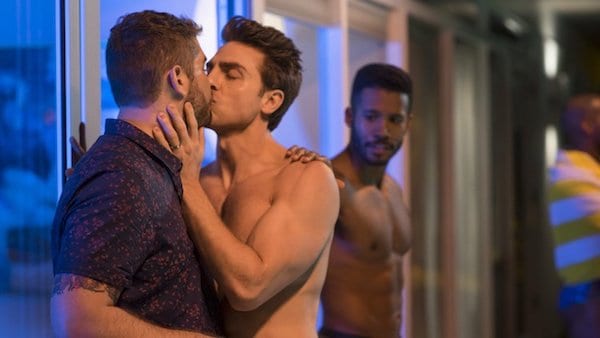 Sundance’s new original series is ground-breaking for more than one reason. It’s the first on the network’s streaming platform, Sundance Now, and it features a deaf, gay lead. This Close focuses on the relationship between two characters played by co-creators Shoshanna Stern and Josh Feldman. Follow their foibles at work, in love and with their own codependent relationship starting Wednesday.

It’s all eyes on BenDeLaCreme and Kennedy this week on RuPaul’s Drag Race All Stars when the two returning queens defend their Snatch Game wins. Will either of them top the fan-favorite challenge again, or will another gal step up for the prize? Find out Thursday at 8 p.m. Eastern on VH1. Get a peek at the first few minutes from this week’s episode, above.

Scratch that nostalgia itch with the latest Netflix original series to tackle those awkward teenage years, Everything Sucks! It’s sort of like Stranger Things, minus the monsters and subbing the late-‘90s for the ‘80s. (OK, so maybe not like Stranger Things at all, except that the kids are in the AV Club.) One of them may also, maybe, be queer. We’ll find out when the entire debut season drops Friday.

TV’s most inventive, unhinged musical-comedy Crazy Ex-Girlfriend brings its third season to a close Friday at 8 p.m. Eastern on the CW.

Previous Post: « Adam Rippon: ‘I Don’t Want My Olympic Experience to Be About Mike Pence’ – WATCH
Next Post: Two Gay Candidates Face Off in Primary for Chance to Challenge Conservative Kansas Representative »