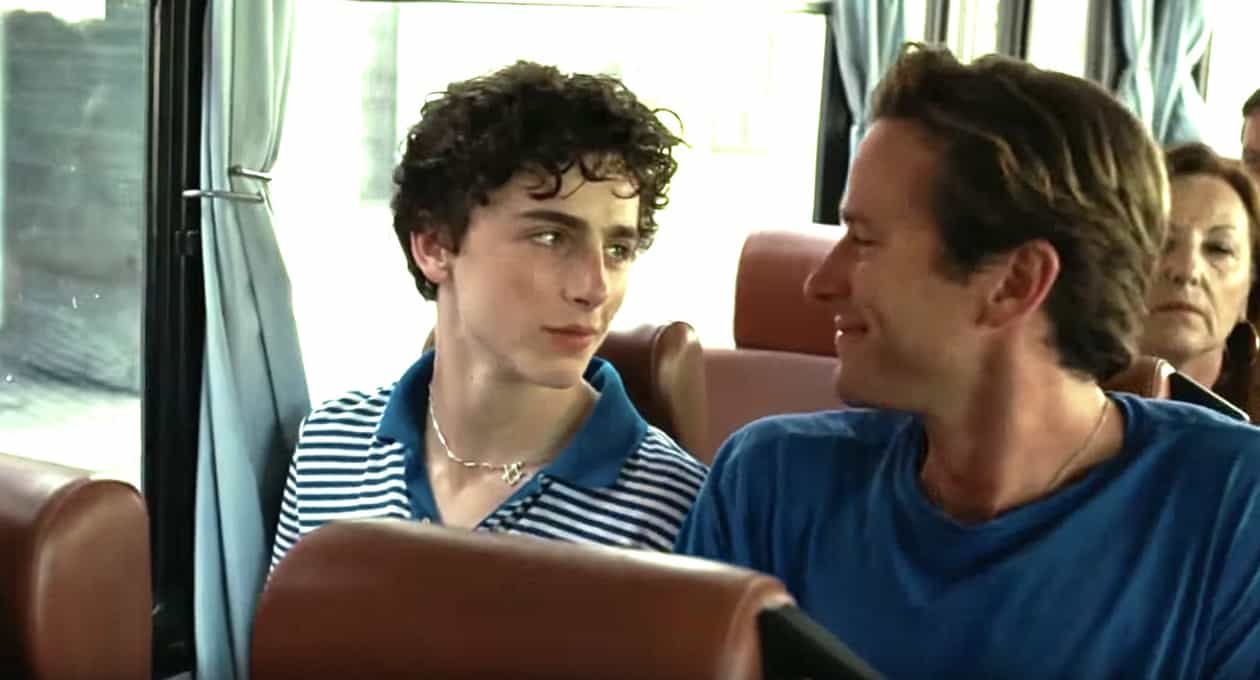 The sequel to Call Me By Your Name is underway, will be a global adventure, and will retain the original’s two stars, according to director Luca Guadagnino.

RELATED: ‘Call Me By Your Name’ Author Reveals Why the Film’s ‘Peach Scene’ is ‘Absolutely Superlative’

The director also revealed the sequel will star Armie Hammer and Timothée Chalamet but will have a different backdrop. “They’re gonna go around the world,” he said.

The script is not yet finished, according to Guadagnino. At that time, scheduling will begin.

Back in October, we reported that Guadagnino was considering a sequel to the film, and he recently let The Hollywood Reporter in on a few additional details of the plot turns he’s considering.

Back in October, Dark Horizons reported:

It’s unclear whether the script Guadagnino is conceiving will follow these plotlines.

Previous Post: « Shirtless Military Men Strip Down and Spill About Their Underwear: WATCH
Next Post: Stephen Colbert is as Astonished by Sam Nunberg’s Media Meltdown as You Are: WATCH »