UFO SIGHTING OF THE DAY. Two pilots, a private Lear jet, and an American Airlines flight, reported the same unidentified object: “Yeah, something just passed over us,” the Airbus pilot reported. “I couldn’t make it out, whether it was a balloon or what … but it had a big reflection on it and it was several thousand feet above us, going the opposite direction.” 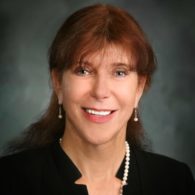 SHIFTING GEARS. Top lawyer at Justice Department leaving to become litigation director at Lambda Legal: “The departure of Diana Flynn, who has been chief of the Justice Department’s Civil Rights Division Appellate Section since the ’80s, is the most recent example of legal veterans abandoning their posts since Jeff Sessions became attorney general.”

SEAN PENN ON MADONNA. “Ah, I love my first wife very much.”

2020. Former Attorney General Eric Holder says he may run: “If I were going to do it, I would do it because I would think I would have concluded that I could maybe unify the country, because it’s bigger than any one person.”

JEFF SESSIONS. Gets the ghoul treatment from TIME. 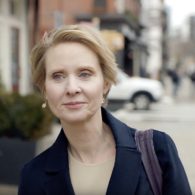 NIKOLAS CRUZ. Parkland terrorist flooded with fan mail. “Teenage girls, women and even older men are writing to the Parkland school shooter and sending photographs — some suggestive — tucked inside cute greeting cards and attached to notebook paper with offers of friendship and encouragement. Groupies also are joining Facebook communities to talk about how to help the killer.”

GOTCHA OF THE DAY. How Dark Patterns trick you online.

SUPERCUT OF THE DAY. Some of YouTube’s best moments.

SMOKING ANIMAL OF THE DAY. This elephant. “I believe the elephant may have been trying to ingest wood charcoal,” said Dr. Varun Goswami, WCS India scientist and elephant biologist. “She appeared to be picking up pieces from the forest floor, blowing away the ash that came along with it, and consuming the rest.”